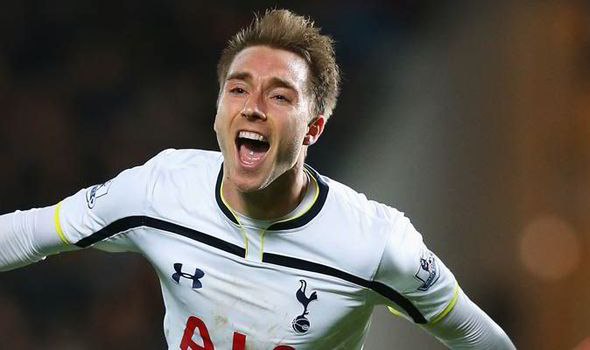 Tottenham Hotspur are understood to be resigned to losing two of their main first-team players amid their reluctance to sign new contracts with the club, a report from the The Mail claims.

The north London side have enjoyed another strong season in the Premier League and they remain on course to make the top four despite enduring a difficult run of form over the past month.

According to The Mail, the Capital outfit are likely to spend in the transfer market in the summer after declining the chance to make signings in the previous two windows.

It is added that Mauricio Pochettino’s side could recruit as many as five players in the transfer window but the incomings may not necessarily halt the departure of key players.

Both Eriksen and Alderweireld have declined to sign new deals with the club beyond the summer of 2020 and The Mail suggests that the club have no choice other than part ways with the duo in the summer.

Even in this case, Spurs may not have the control over the transfer valuation for Alderweireld, given the Belgian has a £26m release clause written into his contract which expires at the end of next term.

Spurs have certainly made progress by the season under Pochettino but they have not managed to cross the much-needed hurdle and secure success in terms of trophies.

As such, they have lost players in the past including Kyle Walker and Gareth Bale and the same trend could continue in the summer with their fortunes appearing unlikely to change.

The Champions League is currently their sole opportunity to end their decade-long trophy drought this season, but their prospects of doing so remain stiff amid the elite competition.

Spurs have to contend with Manchester City across two legs at the quarter-final stage, and that hurdle itself remains a tough one, given they have succumbed to defeats in each of the past three meetings.