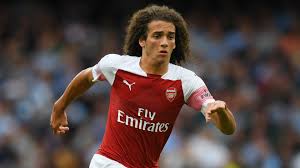 Arsenal have the opportunity to progress to the Europa League knockouts with the top position when they entertain Sporting at the Emirates Stadium on Thursday night. The north Londoners have won each of their opening three group stage matches including the close 1-0 triumph over Sporting at the Estadio Jose Alvalade a fortnight ago.

Petr Cech has become the club’s second-choice keeper ever since picking up a hamstring injury which Bernd Leno capitalised upon. The former Chelsea ace should start between the sticks for the second-straight midweek game.

In defence, Emery may consider tweaking with the full-back positions and we are anticipating Stephan Lichtsteiner and Carl Jenkinson to feature on the right and left side of the backline – just like they did with Blackpool eight days ago.

Likewise, the central defensive department may witness at least one change and we are anticipating that to involve Shkodran Mustafi rather than Rob Holding. Holding has been a constant in recent months under Emery and we are backing the Englishman to start alongside Sokratis, who has returned to training after a minor knee concern.

In midfield, Granit Xhaka and Lucas Torreira have regularly been rested for the European games with Mohamed Elneny and Mateo Guendouzi starting in the centre of the park. However, with the former sidelined with a thigh injury, Torreira could be called upon to partner fellow summer signing Mateo Guendouzi.

Further forward, both Pierre-Emerick Aubameyang and Alexandre Lacazette may feature from the bench at best with Emery likely to offer opportunities to some of the bench players. Alex Iwobi is a strong candidate to start on the left wing with Aaron Ramsey in the number 10 role whilst Emile Smith-Rowe could slot into the right wing after bagging the eventual winner in the recent League Cup fourth round tie versus Blackpool.

Upfront, we are backing Danny Welbeck to lead the line on his own after impressing under the guidance of Emery this term. The Englishman has five goals from just six starts this season and he has the opportunity to excel with another notable performance to enhance his playing time in the Premier League.