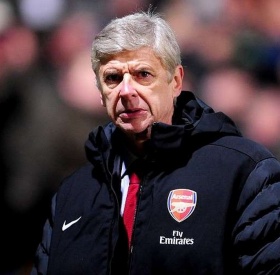 Former Arsenal manager Arsene Wenger has dismissed the ongoing speculation regarding him taking charge of AC Milan. A recent report from France Football suggested that the experienced head coach could return to coaching with the Rossoneri, who are currently evaluating the position of manager Gennaro Gattuso.

However, speaking to BeIN Sports, the ex-Gunners boss has refuted the claims made by the French publication after branding the story as ‘fake news’. Wenger took the surprise decision to part ways with the Gunners at the end of the previous campaign and this saw the end of a successful but yet frustrating tenure which lasted for 22 years.

Since coming out of that job, Wenger has been regularly tipped for a return to management with the likes of Bayern Munich and Real Madrid linked but in a recent interview with TalkSPORT, the 69-year-old highlighted that he has yet to make a decision but remains optimistic of a comeback at the turn of the year.

Meanwhile, the Rossoneri started the season in a rather slow fashion with a string of stalemates in the opening five matches but they have since picked up form with five wins from their previous six league matches which sees them occupying the fourth position on the table.

Despite this, there are concerns whether the club can maintain the position for the remainder of the campaign and Gattuso has a tough road ahead to ensure that the Rossoneri are able to return to the Champions League after a five-year wait next season.

Milan are currently ahead of fifth-placed Lazio on only goal difference and they have a tricky test on their hands this weekend as they entertain Serie A leaders Juventus to the San Siro. The Bianconeri have been difficult to dislodge in any competition this term and they have dropped just two points versus Genoa in the league.