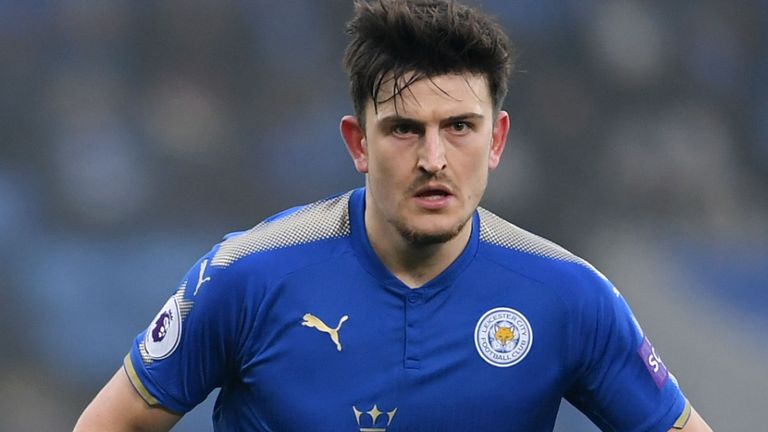 Manchester United may reportedly have to break the world transfer record for a defender in order to lure Harry Maguire from Leicester City at the end of the season.

The Red Devils were hot on the trail of the England international during the previous summer transfer window, but they could not push through a transfer agreement despite making a £75m bid.

Since then, the England international has committed his future to the Foxes by signing a fresh five-year contract, but this does not appear to have ceased the transfer pursuit from United.

According to The Star, the Mancunian giants continue to hold a strong interest in signing Maguire, who has been earmarked as the prime choice to bolster the heart of their defence ahead of next season.

It is added that the centre-back won’t certainly come on the cheap, and United may have to up their offer from last summer with the Foxes likely to demand fees in the region of £90m.

At the moment, Maguire has more than four years remaining on his existing deal and this sees the Foxes in a comfortable position to decline offers which don’t meet their valuation.

In such a case, United seem to have a contingency plan in place in the form of Napoli’s Kalidou Koulibaly, who has been regularly tracked by Red Devils scouts over the past year or so.

The Senegal international is widely regarded as one of the most consistent centre-backs in the Serie A, but there remains the concern whether he can quickly adapt to the pace of the Premier League.

Owing to this, Maguire appears the safer option with Premier League experience and age by his side, but that may not necessarily mean that United would pay beyond their expectations for the former Hull City man.

Liverpool’s Virgil van Dijk is currently the most-expensive defender signing in the history of the game. The Dutchman joined the Reds from Southampton in a £75m deal during the winter of 2018.