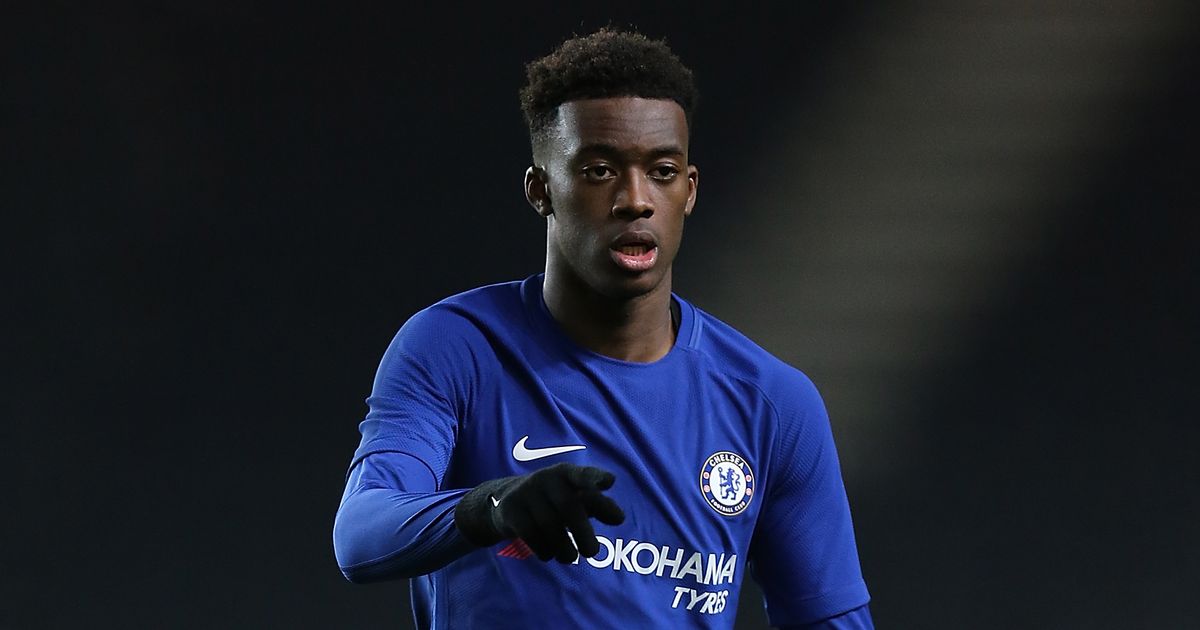 Manchester United have reportedly emerged as surprise candidates to acquire the signature of Chelsea graduate Callum Hudson-Odoi at the end of the campaign.

The 18-year-old has failed to make a single Premier League start for the Blues to date, but he has already earned recognition with the England squad after making his debut during the European qualifier against Czech Republic which ended 5-0 in the Three Lions’ favour.

According to The Mail, the Red Devils are understood to have entered the race to sign the England international, who has been reluctant to pen a new contract extension with the Blues.

Hudson-Odoi presently has 15 months remaining on his current deal with the west London side and so far, he has shown no desire to prolong his stay further amid his struggles to secure regular gametime.

Amidst this, Bayern have already made their interest aware with four failed bids for the teenager in January, and it is now suggested that they could face competition from Borussia Dortmund and United.

Nonetheless, United’s chances of landing Hudson-Odoi seem to be the least, considering the Blues are said to favour a foreign sale rather than strengthening a direct Premier League rival next term.

United have experienced a massive turnaround under the guidance of interim boss Ole Gunnar Solskjaer this season, but they have nonetheless had concerns on the right side of the attack.

Marcus Rashford, Jesse Lingard, Alexis Sanchez and Juan Mata are among the high-profile names, who have slotted into the position, but none have managed to produce the consistency to excel in the role.

As such, the club are likely to pursue at least one recruit to solve the conundrum and a recent report from The Sun has indicated that they are making progress towards signing Dortmund’s Jadon Sancho.

Hudson-Odoi’s compatriot has transformed his career after taking up the foreign challenge with the Bundesliga side, and it is now claimed that he could make a Premier League comeback for a fee of around £70m.