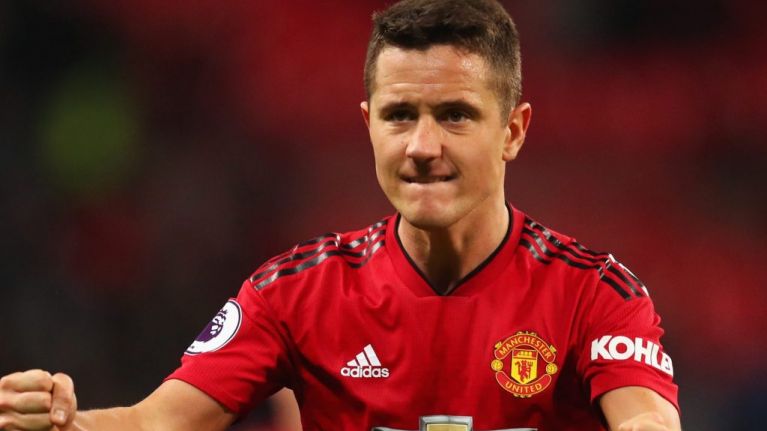 The 29-year-old has spent the past four-and-a-half seasons with the Red Devils and during this period, he has racked nearly 200 appearances for the club across all competitions.

According to The Telegraph, Herrera has yet to find the breakthrough with United regarding a new contract beyond the summer and this could witness him leave on a Bosman when the season concludes.

In such situation, Paris Saint-Germain are hoping to pounce on the midfielder’s services with the promise of a significant wage package, but it appears that Herrera is still hopeful of renewing his deal at Old Trafford.

At the present moment, Herrera is on a £75,000-a-week package at the Mancunian giants and it is claimed that the club have declined to offer him with a substantial pay hike which has stalled the extension.

Meanwhile, part of the blame has been placed on the hefty £500,000-a-week wages for Alexis Sanchez which has compromised on the wage structure, and it remains to be seen whether Herrera stays put beyond the summer.

Herrera was in-and-out of the starting lineup under ex-boss Jose Mourinho during the first half of the season, but his fortunes have changed in the backend with the dismissal of Portuguese tactician.

Under interim boss Ole Gunnar Solskjaer, Herrera has been largely ever-present across all competitions whenever in good health and fitness, and his showing has been impressive with the added freedom to propel forward and make goalscoring opportunities.

Herrera had contributed just one goal and an assist in the opening part of the season under Jose. In comparison, he has bagged two goals and two assists with Ole at the helm despite missing a month’s action with a hamstring concern.

'I want to play regularly,' Arsenal defender admits he may consider summer exit