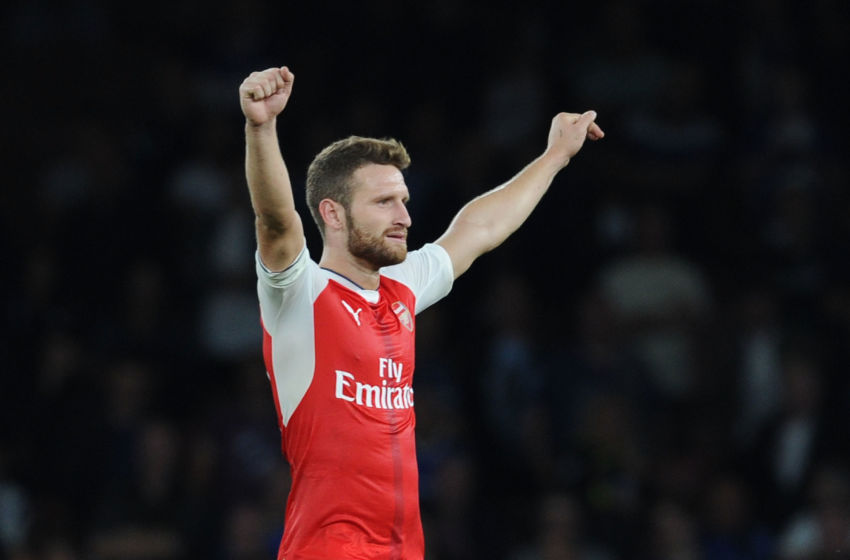 Inter Milan have reportedly had a loan approach knocked back for Arsenal defender Shkodran Mustafi. The Germany international joined the Gunners from Valencia in the summer of 2016, and he has since turned out 37 times for the north London giants.

According to Sky Sports News, the Nerazzurri had made an initial loan approach for the 24-year-old centre-back which was swiftly turned down by the FA Cup holders. Luciano Spalletti’s side are now likely to come up with a permanent bid for the World Cup winner, although the Gunners could hold out for the £35m fee paid to Los Che nearly a year ago.

Mustafi looked to be more of a good luck charm for the Gunners during the first half of the previous season as they remained unbeaten in their first 22 appearances. However, all good things must come to an end, and the German faced the wrath of the fans in the second half of the campaign which included disappointing defeats against Watford and West Bromwich Albion.

The German has started the new campaign on the substitutes’ bench owing to his reduced fitness following his Confederations Cup exploits, but he is expected to return to the starting lineup – predictably for the away trip to Stoke this weekend.

Speculation linking him with a move away would come as a surprise to many, given he faired decently during his maiden campaign in English football. Rob Holding appeared to have stepped up in grand fashion following the shift to the 3-4-2-1 formation, but his showing in the 4-3 triumph over Leicester City was not up to the mark.

As a result, Wenger will surely think of a change in the defensive setup with Shkodran Mustafi likely to compete with the likes of Per Mertesacker, Laurent Koscielny and Nacho Monreal in the back three. Meanwhile, Arsenal appear to have offloaded one of their central defenders in Gabriel, who is on the cusp of sealing his switch to Valencia.

Eden Hazard and Tiemoue Bakayoko could feature against Tottenham Hotspur