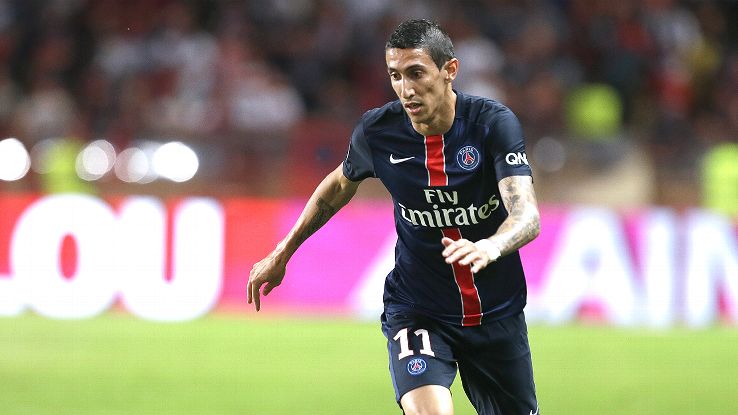 Barcelona are reportedly looking to turn their attention towards Angel di Maria and Jean-Michel Seri after having failed to negotiate deals for the likes of Philippe Coutinho and Ousmane Dembele. The Catalan giants are desperate to recruit a couple of players to their ranks following the world-record £198m move of Neymar to Paris Saint-Germain.

Liverpool’s Coutinho and Borussia Dortmund’s Dembele had been identified as the prime targets to bolster their squad, but there has not been a breakthrough in either deal of late. As a result, Barca are switching their focus to the French Ligue 1 with Angel di Maria and Jean-Michel Seri emerging as fresh targets, Sport claims.

Di Maria has been a key performer for Paris Saint-Germain over the past two seasons, but he is under pressure to perform at Parc des Princes following the arrival of Neymar. The Argentine has started the first two games for Les Parisiens this term, but he still faces competition on the right side of the attack with Julian Draxler, Lucas Moura and Javier Pastore waiting in the wings.

Despite his Real Madrid link, the Argentine is open to the prospect of joining of Ernesto Valverde’s side as he would get the opportunity to cement himself in the left wing position previously occupied by his new teammate Neymar.

Meanwhile, the Copa del Rey winners are also looking into a move for Nice midfielder Seri, who made his mark in the Ligue 1 last season with seven goals and nine assists. Initially, Barca had turned down the option of recruiting the ‘African Xavi’, but the lack of progress in Coutinho’s deal appears to have stepped up their interest. The Ivory Coast international is available for a fee of around €35m which is significantly cheaper compared to the Reds midfielder, who appears set to stay put at Anfield.