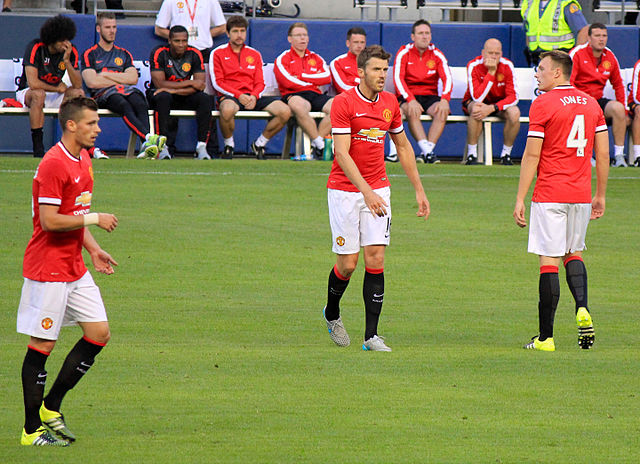 Manchester United are optimistic of having Phil Jones back in their squad ahead of Saturday’s early Premier League kickoff against Liverpool. The Red Devils have secured six clean sheets from their first seven games of the campaign, much of the credit must go to Jones, who has been ever-present in the starting lineup.

According to ESPN, the England international was left out by Gareth Southgate as only a precautionary measure, and he should be fit in time for United’s league outing at Anfield. Earlier in September, Jones was struggling with an ankle knock which saw him miss a Champions League clash at CSKA Moscow, but his latest injury is rather than on his knee – presumably suffered in the 4-0 win over Crystal Palace – prior to the international break.

Jones’ career at Old Trafford looked on the edge during Jose Mourinho’s initial introduction last summer, but the Portuguese has since placed his confidence on the Englishman, who has managed to overcome his nagging injury troubles.

As per ESPN, Jones is on the likelier side to make the matchday squad on Saturday, and this will be a boost for Mourinho, who has stuck with the combination of Jones and Eric Bailly in central defence. Chris Smalling did start the previous game against Crystal Palace ahead of Bailly, but Mourinho cited fatigue as the reason behind the Ivorian’s rest.

Jurgen Klopp’s Liverpool have the tendency to put in strong performances against the big boys, and the Red Devils will have to keep guard in the early parts of the game, where the Reds normally tend to place emphasis on attack.

Despite this, the Reds do not have the best of defences in the top-flight, and United could take advantage of their frailties to secure a positive result, which maintains the pressure on league leaders and cross-town rivals Manchester City.

Aside from Jones, there is not good news on the injury front for Marouane Fellaini, who is out for a couple of weeks with a knee sprain, as per Belgium’s FA official Twitter account.