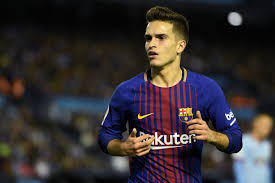 Gazzetta dello Sport journalist Nicolo Schira has revealed that Arsenal are continuing talks with Barcelona regarding a potential deal for midfielder Denis Suarez. Gunners boss Unai Emery has recently admitted that the club won’t be discussing cash moves for any targets this month and that appears the case with Suarez whom they are seeking to pursue on an initial loan agreement.

According to Schira’s tweet, the north London club are planning further discussions with the Blaugrana regarding a loan move for Suarez with the obligation to buy at the end of the season. However, the Spanish champions are still said to favour the permanent sale of the former Villarreal man and that could hamper the Gunners’ prospects of securing their priority target for the January window.

#Arsenal is continuing to talk with #Barcellona for #DenisSuarez (agreement with Sanllehi). Unai #Emery has offered a transfer on loan with option to buy. Blaugrana prefers a permanent deal. Monday there will be new contacts between Gunners and Barça. #transfers #AFC

The Gunners have been weakened in the attacking department this term with both Danny Welbeck and Henrikh Mkhitaryan on the sidelines and the former has already been ruled out for the rest of the season. Moreover, they have also been dealing with the regular fitness concerns hampering Mesut Ozil and this has restricted them to just one game-changing option in the form of Aaron Ramsey from the bench.

As such, it makes a lot of sense that the Gunners are prioritising the signing of Suarez, given the Spaniard has the ability to feature in both the central midfield and wider attacking positions. Adding to this, Emery has previously worked with Suarez during their time together at Sevilla between 2014 and 2015 and that could enable the midfielder to settle quickly into the new surroundings unlike other players on the market.

Arsenal have dropped six points adrift of the fourth position in the standings after the recent league defeat at West Ham United. Their next match comes against Chelsea at the Emirates Stadium and the game is a potential must-win for them or else they could drop further behind the Blues, who are presently occupying the final Champions League qualification spot.