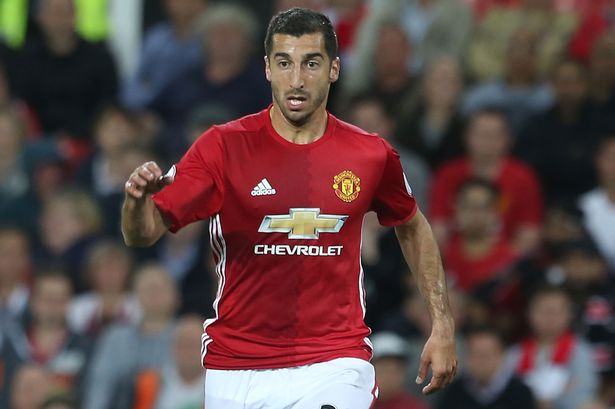 Manchester United had to settle for their third straight Premier League draw after they played out a 0-0 stalemate against Southampton at Old Trafford. The Red Devils lacked the ruthlessness on the attack with the early exit of Romelu Lukaku restricting the physical presence in and around the Saints box.

David de Gea: The Spain international claimed his 11th clean sheet of the game after stupendous block to restrict Shane Long from scoring. The shot-stopped has been critical towards United’s form in the past few months – 7/10

Ashley Young: The Englishman tried to impose himself from the right side of the field, but struggled to find the perfect across for his teammates. He is likely to keep his position for the Toffees game with Antonio Valencia still injured – 6/10

Phil Jones: A strong performance from the centre-back, who appears to be regaining his early season form. Jones was tasked with the job of restricting the movement of Long, and he did his job for most of the game – 6.5/10

Victor Lindelof: The Swede was tasked with the job of adapting alongside another new partner, and he did not disappoint. Though he committed a couple of fouls, and he was relatively solid alongside Jones – 6.5/10

Luke Shaw: The left-back is evidently suffering from a drop of confidence, and it was evident with his defending which was below-par. Shaw was often bypassed by one of James Ward-Prowse or Dusan Tadic, and he could not cut it in the attack front either – 5/10

Paul Pogba: A generally quiet performance from Pogba, who has not looked at his best since his return from domestic suspension. The France international oversaw a League Cup defeat at Bristol City, and he has since been involved in the hat-trick of draws – 6/10

Nemanja Matic: The Serbian has not been playing with the same intensity as in the start of the season, and much of it could be due to his recent leg problem. Nevertheless, he commanded the midfield credibly alongside Pogba – 6/10

Juan Mata: Another average performance from the Spaniard, who could not keep the ball at his feet. Mata lost possession on a couple of occasions in the opposition box, and he needs to step up his showing – 5.5/10

Henrikh Mkhitaryan: Mkhitaryan earned his first start since early November, and he failed to make any impact during the game. The Armenian has played in his shadows of late and his crossing in the game was appalling – 5/10

Jesse Lingard: Probably the better of the United’s attackers. Lingard nearly created the first goal after he induced Maya Yoshida into a hand ball, but unfortunately the referee deemed it unintentional to Jose Mourinho’s frustration- 6/10

Romelu Lukaku: The Belgian popped up with a header early on after which he was stretchered out for a collision with Jack Stephens. Lukaku looked dazed following the incident and United will hope that he is only sidelined for a short period – 6/10

Marcus Rashford: Brought early on for the dazed Lukaku, but struggled to win a physical battle with Wesley Hoedt. Worked along the forward lines, but could not receive sufficient service during the course of the game – 6/10

Anthony Martial: Made his tireless runs on the left side of the attack, but there was no a by-product to his game. The Frenchman struggled to find the final ball for his teammates and this was the same case with his set-pieces at the end – 6/10