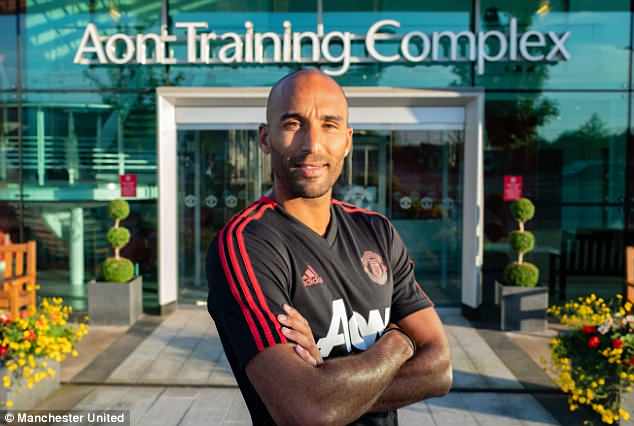 Manchester United have been very active in the summer transfer window as they look to reinforce their squad for next season.

The Red Devils strengthened their midfield by signing Brazilian star Fred from Shakhtar and also reinforced the back line by luring Diogo Dalot from FC Porto.

Now, the Old Trafford club have signed a new goal keeper by hiring the services of Lee Grant from Stoke City, who were relegated from the Premier League in the last campaign. (MUFC).

Read: Offer made – Man Utd could agree signing for €60million

According to The Mail, United boss Jose Mourinho is an admirer of the 35-year-old shot stopper, who has completed his move to Man United on a two year deal for a fee worth 1.5 million pounds (€1.7million).

The veteran goal keeper has played over 500 games in his club career but he has only played 31 games in the top flight of English football. In the last campaign, Grant played just 3 Premier League games for the Potters.

After completing his move to Manchester United, Grant said (MUFC):

“Moving to Manchester United has been a dream of mine for as long as I can remember. This was an opportunity that I couldn’t let pass and I’m thrilled to become a part of such a historic club.”

“I’ve enjoyed every moment of my career so far and I’m now ready to continue learning and improving alongside some of the best players in the game. But at the same time, I intend to use my experience to help the team whenever possible.”

Report - Liverpool most interested in signing £88million star, Klopp wants him at Anfield