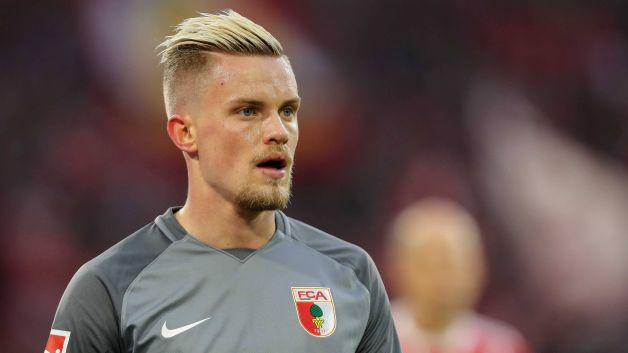 Manchester United have recently completed the signing of Portugal’s teenage right back Diogo Dalot from Porto and the youngster should provide cover for Antonio Valencia.

Ashley Young, a natural winger, mainly played on the left hand side of the defense last season and Mourinho needs to sign a specialist first choice left back this summer.

Calcio Insider can exclusively reveal that one proven quality left back interested in moving to the Old Trafford club is Augsburg star Philipp Max. A source close to the player said:

“He (Max) is keen to move up in the career, he loves the Premier League and (is) ready to join (Manchester) United – his favorite club”

“Philipp is the best (left back in Germany) and at his peak now, Augsburg would want around €40m”

Last season, the 24-year-old left back made 33 Bundesliga appearances, scored 2 goals and provided no fewer than 13 assists (one less than the leading assist provider, Thomas Muller). Still, Joachim Low did not take him to Russia (Bundesliga.com). On World Cup omission, the source stated:

“He was disappointed as he deserved to go to the World Cup, I’m not certain why the manager prefers Jonas (Hector)”

Hector missed 14 league games due to injury and did not impress for Koln, who ended the season at the bottom of the table with 22 points (22 defeats).

Earlier this year, Max confirmed that he likes the Premier League and stated (Sport Bild):

“I’ve dreamed of playing abroad since I was a kid and I think the English league would be a good match for my straightforward style on the pitch,”

Assist provider, chance creator, pacy and with a gifted left foot for set pieces, Max is exactly the kind of left back Man United need and Mourinho must take notice and sign him.

Arsenal have agreement with Blucerchiati for €25million play breaker