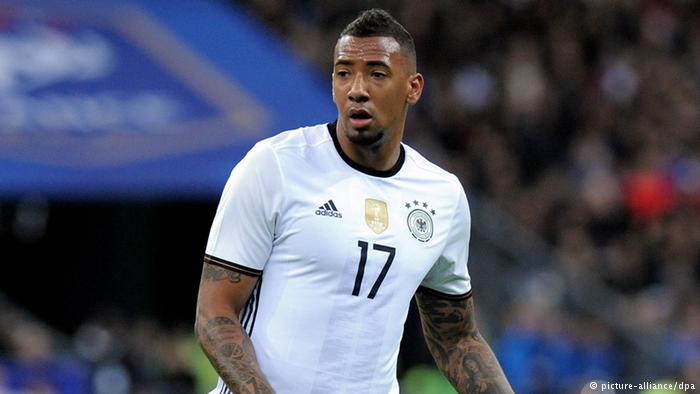 Manchester United are looking to sign a quality central defender and Bayern Munich’s Jerome Boateng has been linked with them (MEN).

Last month, Bayern’s CEO told Bild that the German international could leave the Bundesliga champions if a concrete offer arrives. Moreover, Sport Bild reported that he is valued at around €50-€60m.

Now, as per the latest update provided by Bild, the Munich giants will not let go of Boateng and three more key stars, who are linked with a move away from the club. The other stars mentioned are Thiago Alcantara, Arturo Vidal and Juan Bernat.

The 29-year-old defender has won every major title with Bayern Munich but he had an injury hit campaign with them last term. He made 19 appearances in the Bundesliga, scored 1 goal and provided 2 assists.

The 2014 World Cup winning star had a tournament to forget in Russia. He was poor at the back against Mexico in the opening game and was sent off against Sweden in the second group fixture. Shockingly, Germany did not even get past the group stages.

His contract and wages:

The former Manchester City star’s current contract with the Bavarians will expire in 2021 and he earns €90,000-a-week as per The Telegraph.

Not to forget, United had the second best defense in the league last season. Mourinho signed Bailly two years back and lured Lindelof last year. He has also got Jones, Smalling and Rojo in the team. In such a scenario, do the Red Devils really need to sign another center half? I don’t think so.

Done Deal - Liverpool have agreed terms with their versatile forward