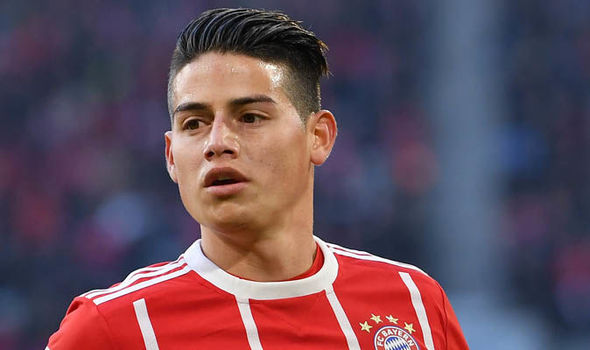 Colombian international James Rodriguez was a bench warmer at the Bernaebeu under the management of former boss Zinedine Zidane and therefore, last year, he was loaned out (2 years) to Bayern Munich.

Now, according to a report covered by Marca, new manager Julen Lopetegui thinks that the South American star could be a hit in the La Liga.

The renowned Spanish source have mentioned that even the player is interested in returning to the Los Blancos.

The 27-year-old attacker was impressive for the German giants in the last campaign and even scored against his parent club in semi finals of the Champions League.

Overall, in all competitions, Rodriguez made 39 appearances for the Bundesliga champions last season, scored 8 goals and provided 14 assists. He had an injury hit World Cup 2018 campaign and did not even feature in the Round of 16 defeat against England.

The reigning European Champions need to replace Cristiano Ronaldo, who has agreed to move to Juventus this summer. In such a scenario, instead of splashing a huge amount of cash on signing a new player, Madrid should bring back Rodriguez.

The former Monaco star is a gifted talent and now that Ronaldo is no longer at the Bernabeu, he could get his chance to shine if he returns. So far, he has made 77 appearances (59 starts) in the La Liga and directly contributed in 55 goals (28 goals and 27 assists).

In your opinion, should Madrid bring him back?

How England could line up against Belgium