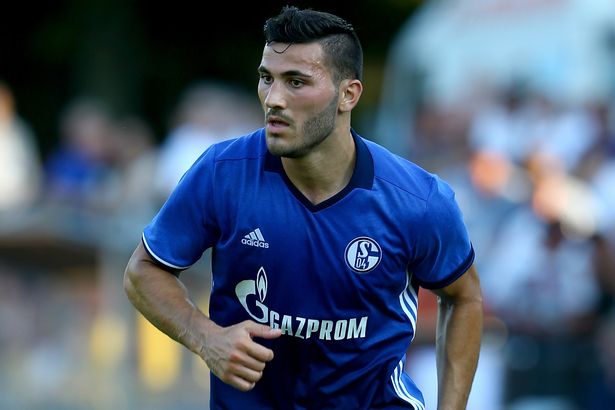 Premier League giants Arsenal are planning to wrap up their first signing of the summer transfer window. The Gunners have secured a contract agreement with Schalke’s Sead Kolasinac after the Bosnian finalised a wage package of around £7.5m a year.

The German-born defender had long agreed to join the north London giants, but the contractual negotiations were put on stall until the club resolved the future of Gunners boss Arsene Wenger.

Wenger was initially expected to leave the Gunners at the expiry of his contract, but the FA Cup appears to have done him a whole lot of good as he inked a fresh two-year extension with the Emirates club.

German outlet SportBILD claims that the 23-year-old has agreed to pen a long-term contract worth £7.5m a season after he turned down a fresh contract at the Veltins Arena.

The left-back had captured the attention of the likes of Manchester City and AC Milan in the summer, but the Gunners jumped ahead of the chasing pack with Wenger offering him assurances of a starting role.

Kolasinac initially started his career at the heart of the defence but he has since adapted into a proper left-back, who is well versed in pushing forward in key stages of games.

Both Nacho Monreal and Kieran Gibbs have plyed their trades on the left side of the backline, but it is the latter who could face the axe this summer owing to his limited playing time last term.

Monreal was deployed in a back three following Wenger’s decision to switch to a 3-4-2-1 formation, and this could leave Gibbs as the odd man out as he finds additional competition from Kolasinac and probably Alex Oxlade-Chamberlain, who excelled in the FA Cup final from the same spot.

Kolasinac bagged three goals and five assists for Schalke, who finished a lowly 10th in the Bundesliga standings last season.