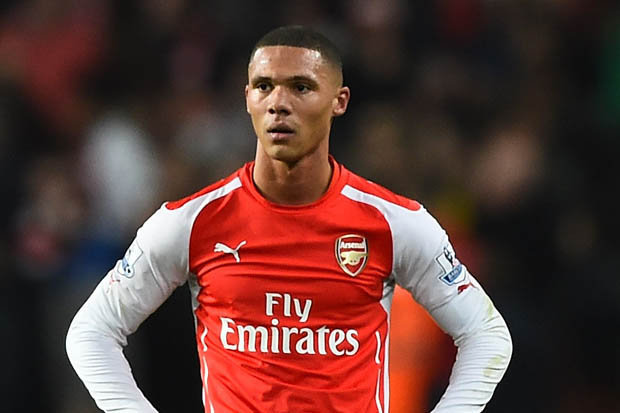 Arsenal will have to readjust the asking price of left-back Kieran Gibbs after his suitors refused to match the £15m valuation. The England international has been with the north London club since the age of 14, but his stay appears to be coming to an end with a host of Premier League sides circling for his signature.

According to The London Evening Standard, the FA Cup holders are facing a tough task of selling their full-back with none of his admirers willing to come close to his £15m price tag. As a result, the club are mulling over his transfer sum as they look to offer an escape route to the Three Lions ace.

Gibbs largely played deputy to Nacho Monreal for the left-back role last season, and eventually ended the campaign with just eight league starts to his name. On the back of this, he also got injured prior to the FA Cup final against Chelsea, which saw Alex Oxlade-Chamberlain get the nod at left wing-back in the new 3-4-2-1 formation.

Watford, Stoke City are among the Premier League regulars keen on Gibbs while recently-promoted Newcastle United and Brighton & Hove Albion are also assessing the player’s position at the Emirates Stadium.

Gibbs currently has just a year left on his Gunners contract, and this is unlikely to any favours to Arsenal, who have placed a hefty price tag on the graduate. Meanwhile, the player is also said to want more than the £60,000 a week wages he earns in north London, and this is another stumbling block towards a summer deal.

The 27-year-old was once deemed as the successor to Ashley Cole in the England national setup, but injuries and the lack of first-team opportunities have seen him fall down the pecking order for national team selection.

A switch to a mid-table club had seen Ryan Bertrand (Southampton) earn a comeback to the Three Lions squad, and Gibbs could probably take this as an example as he looks to prolong his career elsewhere.