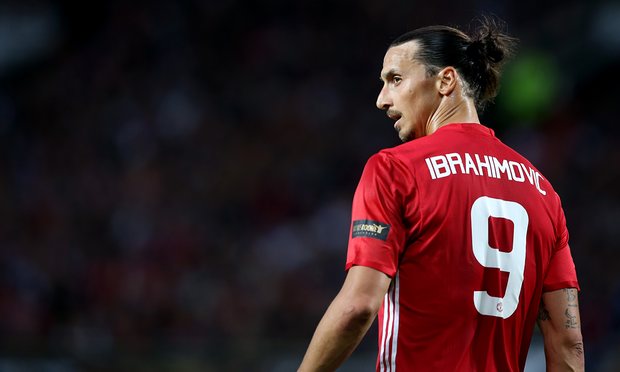 Manchester United are unlikely to trigger the one-year extension on Zlatan Ibrahimovic’s contract following his gruesome injury in the second half of the campaign, Sky Sports claims.

The big Swede made a surprise switch to the English Premier League last summer after his contract expired with former Ligue 1 champions Paris Saint-Germain.

Despite his critics, the 35-year-old was simply sensational during his maiden English campaign as he bagged vital goals throughout the season including a brace in the EFL Cup triumph over Southampton.

Ibrahimovic had amassed 28 goals for United before he sustained a double ligament damage versus Anderlecht in April which ended his participation for the campaign.

Initial doubts were that the veteran could never play again at the highest level, but the surgery was successful enough.

According to Sky Sports, United will release a list of out-of-contract players for the summer which will include the name of ‘Zlatan Ibrahimovic’.

Ibrahimovic has got the backing of some of his teammates to make a quick recovery, but it appears that the Red Devils are not willing to pay the waiting game with a striker, who could be 36 by the time, he gets back on the pitch.

The former Malmo graduate earns a hefty wage package of around £19m a year, and the club could use his salary to great advantage by recruiting a new centre-forward to their ranks.

Ibrahimovic is understood to have offers from the Chinese Super League to ponder upon, while there is still the possibility of making the switch to Major League Soccer where he could enjoy a luxurious life in the latter stages of his career.

Manchester United have yet to make a recognisable signing for the summer, but there is a feeling that Mourinho has plenty of targets in mind as he looks to turn United into genuine title challengers.