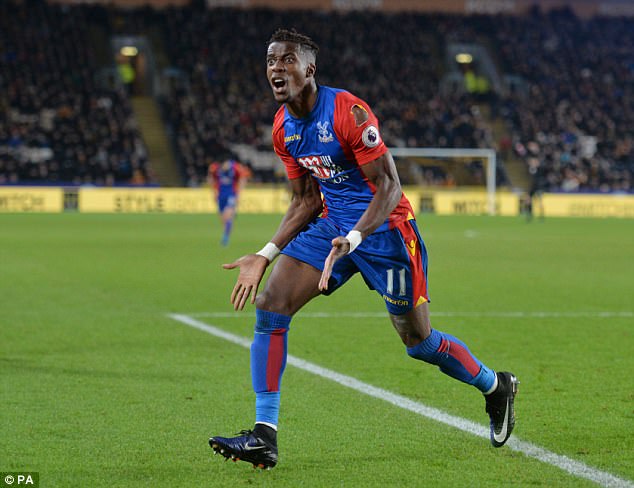 Playmaker Likely to Join Tottenham Hotspur in the Summer

Chelsea suffered a shocking home defeat at the hands of Crystal Palace at the weekend. Tottenham Hotspur won their clash against Burnley away from home and the North Londoners have now closed the gap at the top of the table to just 7 points.

In the midweek, the Blues will play Manchester City at home and Spurs will face Swansea City away from home. The Sky Blues have the fire power to beat Chelsea and make the title race even more intriguing.

Spurs have shown consistency in the Premier League this season and are in the semi finals of the FA Cup as well. However, Mauricio’s men have been terrible in their European Competitions.

Spurs were ousted from the Champions League in the group stages. Moreover, they could not even beat Gent in the Europa League.

According to The Sun, the Eagles are ready to offer a new deal to the African attacker but the player is determined to leave Selhurst Park and he has already told his friends that he wishes to move to a top Premier league club this summer.

The former Manchester United star has been one of the best attacking players for Palace this season. Allardyce’s team have won four league games on the trot and Zaha has consistently performed well.

This season, the 24-year-old star has played 28 games in all competitions for the Eagles and directly contributed in 15 goals. Spurs need to strengthen all their key departments and Zaha will be a quality signing to improve the attack. He can play on either flank and through the middle as well.

Last summer, Tottenham signed Sissoko from Newcaslte United and the French international has proved to be a big money flop thus far. Pochettino should quickly sell the former Magpies midfielder and must replace him with Zaha.

How Liverpool May Line up Against Everton - Score Prediction