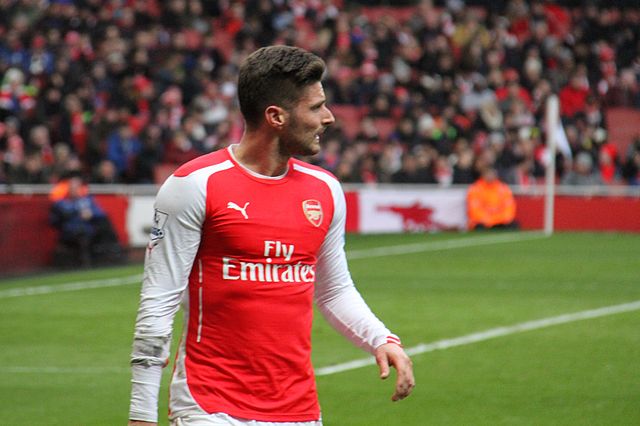 Premier League club West Ham United are plotting a £50m double swoop for the services of Arsenal duo Olivier Giroud and Theo Walcott. The east London club have identified the pair as the perfect fit to reinforce their frontline.

The Star reports that the Hammers are weighing up a summer raid for the Gunners frontmen as they look to improve their performances from an average 2016/17 season, where they finished 11th overall.

Giroud made only 11 starts in the Premier League last term, but he was still efficient – bagging 12 goals in the top-flight. Meanwhile, Walcott gained more first-team action with 23 league starts but he failed to make any contribution following the switch to the 3-4-2-1 formation.

Both Giroud and Walcott are currently assessing their futures at the Emirates, and The Star suggests that Arsene Wenger will not come in the way, should they decide to move to the London Stadium.

Slaven Bilic’s side struggled to find the right combination in the centre-forward department with Andy Carroll and Diafra Sakho suffering constant niggles during the previous campaign.

The Gunners pair would provide a huge upgrade to the Hammers attack with Walcott likely to take up a role on the right-hand side while Giroud could handle his duties in the middle.

Arsenal are likely to ensemble a new-look side for the 2017/18 season with Alexis Sanchez also being linked with a proposed move to Manchester City which could involve a direct swap with Sergio Aguero.

The Chilean is desperate for a reunion with Pep Guardiola at the Etihad, and this could potentially see Aguero move on after he fell out of favour during certain stages of the previous season.

Giroud has bagged exactly 98 goals for the FA Cup holders since arriving from Montpellier in the summer of 2012. On the other hand, Walcott crossed the 100 goal mark last term as he celebrated his decade-long service with the north London club.

Manchester United aiming for more than four signings this summer