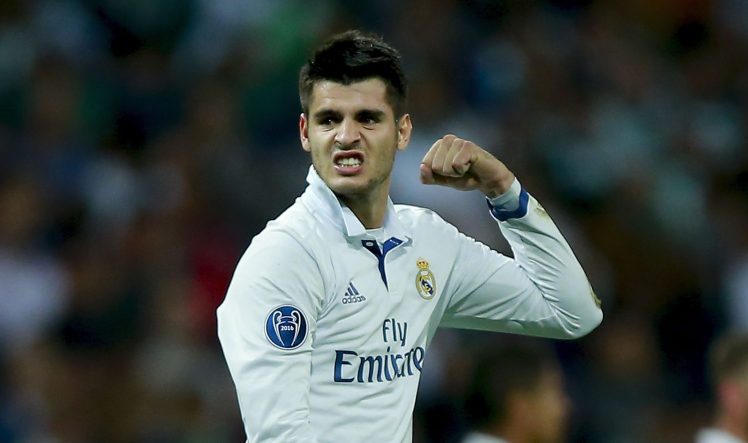 Manchester United aiming for more than four signings this summer

Manchester United could add more than four players during the summer transfer window as Jose Mourinho plans to build a title-winning squad ahead of pre-season.

The Manchester Evening News suggests that the Red Devils are looking beyond their initial wishlist as they look to stamp their authority in the league and Europe next season.

The Europa League holders have already pursued the services of Benfica’s Victor Lindelof this summer, while both Alvaro Morata and Nemanja Matic have allegedly agreed terms over a move to Old Trafford.

Inter Milan’s Ivan Perisic remains the other prime target on the Red Devils radar, but the Nerazzurri are playing hardball on the transfer fee for the Croatian international.

Apart from their leading targets, the likes of Nelson Semedo and James Rodriguez have been linked with proposed moves to Manchester, but there are in a similar position as other targets – with the price tag being a roadblock.

Manchester United travel for their pre-season tour on July 9, and Mourinho is desperate to have at least his four main targets on board as they take their flight to the United States.

The Red Devils struggled in the attack front primarily during the course of the 2016/17 Premier League season, and they were only the eighth highest top scorers despite possessing the second-best backline.

Anthony Martial and Wayne Rooney struggled to cement their positions in the attack front last term, and they could potentially be the players leaving in order to compensate for the arrivals.

One stumbling block would be the valuation with both Martial and Rooney likely to cost plenty with the latter currently the highest paid player in the Premier League.

Whatever the transfer window results, United are likely to line up a whole different team from last season with Mourinho desperate to end the club’s four-year wait for the Premier League title, which they have not looked like challenging in recent seasons.