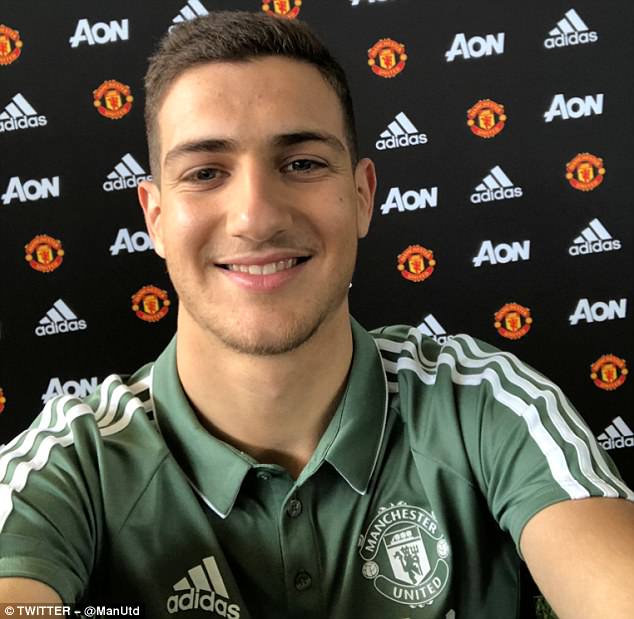 Manchester United’s summer signing Diogo Dalot has revealed that he is ready to return to first-team action after recovering from a recurrence of a meniscus injury which has kept him out since the opening week of October.

The 19-year-old was the Red Devils’ second signing of the summer after joining them from Porto but he was thereafter kept on the sidelines for the club’s pre-season tour in order to recover from a surgery on a meniscus problem sustained at his former club last term.

As such, he only managed to make his United debut in the Champions League opener against Young Boys in September and he has since featured in just one more game against Derby County in the League Cup after which he has dropped out of the radar.

However, ahead of this weekend’s league game versus Crystal Palace, Dalot has updated via his official Twitter account that he is raring to go after an another extended absence from selection for both the top-flight and European duties.

That feeling when you’re ready to help your team again 💪🏻 Good week to everyone 👹 pic.twitter.com/0c8ACVgk1A

Considering the timescale of Dalot’s setback, Mourinho may remain patient with the youngster and he could for starters feature him on the bench for the upcoming league encounter against Crystal Palace at Old Trafford.

However, there is still expected to be an enforced change in the backline with Luke Shaw set to miss the encounter with a domestic ban after picking up five yellow cards. In his absence, Ashley Young could slot into the left side of the defence while allowing one of Antonio Valencia or Matteo Darmian to feature at right-back.

Valencia has not played for United since the 0-0 Champions League draw against namesake club Valencia in early October. Darmian, meanwhile, has not appeared for the Mancunian giants since the curtain raiser of the Premier League season.