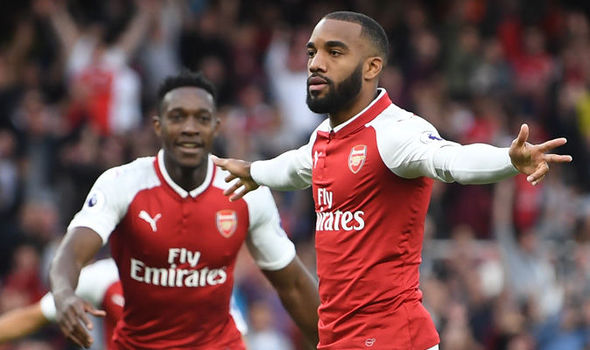 Arsenal secured their second straight victory of the Premier League campaign after they beat Cardiff City by a 3-2 scoreline on the road. The Gunners were much fancied to secure three points against the newcomers but they were made to sweat with the hosts making them sweat by taking advantage of a couple of set-pieces.

The combination of Lacazette and Aubameyang: Much has been said about the combination of Pierre-Emerick Aubameyang and Alexandre Lacazette but it has come as a surprise on many occasions that the latter has started from the bench. On Sunday, the pair were offered a rare start together and the move paid amends with both marksmen finding the scoresheet. Lacazette’s powered goal held the bigger importance on the day after it ensured that the Gunners avoided going through a winless away streak like last term.

Petr Cech not good enough with the ball: Petr Cech is unquestionably one among the greatest goalkeepers in the Premier League but under Unai Emery, there have been plenty of jittery moments at the back which are sure to have raised the heartbeat of several Gunners faithful. Unlike some modern shot-stoppers, the 36-year-old looks barely comfortable with his ball distribution skills on a continuous scale and on Sunday, he gifted a clear scoring opportunity to Harry Arter which fortunately was not pounced by the hosts.

Plenty of positives for Neil Warnock’s side: Cardiff had come into the game being the sole club to have not scored in this season’s Premier League. However, Victor Camarasa and Danny Ward changed their fortunes with goals in either half and they could have possibly got a point out of the game. Coming from the Championship, Cardiff tried to make the most of the set-pieces which came their way, and they were certainly positives as they took two scoring opportunities among many others where their finishing let them down.