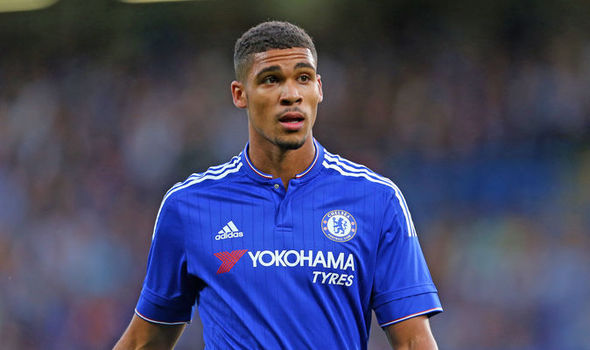 Chelsea midfielder Ruben Loftus-Cheek will reportedly push for a temporary exit from Stamford Bridge when the transfer window reopens in less than 45 days’ time.

The England under-21 international had been expected to play a key role under Antonio Conte after the Italian was appointed the club’s new head coach last summer.

He has since struggled to make a huge impact in the Blues first-team with the likes of N’Golo Kante, Nemanja Matic and Cesc Fabregas sharing the duties at the heart of the midfield.

According to The London Evening Standard, the anchorman will push for a short-term loan in the summer after having made just four starts this term – all of which have come in the cup games.

Loftus-Cheek has attracted interest from recently-promoted Brighton & Hove Albion during the winter period, but Conte opted to keep hold of the player in reserve.

Opportunities have been far-fetched in the second half of the campaign, and Loftus-Cheek may have started his last game this season with Conte unlikely to opt for youth in the FA Cup final against Arsenal.

A host of clubs – including Brighton are said to maintain an interest in the enforcer, and a temporary stint looks a preferable option as he aims to earn sufficient first-team experience during the 2017/18 season.

Brighton boss Chris Hughton has stressed the need to reinforce his squad in the summer as they seek to survive on their top-flight return following a 34-year wait.

While the Seagulls are unlikely to make wholesale changes to their squad, Hughton will still be eager to add a couple of Premier League-based players to his ranks with Loftus-Cheek among those, who could be available on the cheap.

Loftus-Cheek has made a total of 32 appearances for the Premier League holders since making his first-team debut as an 18-year-old in the 2014/15 season.