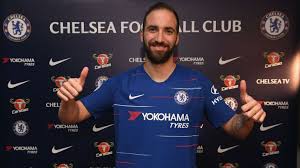 Chelsea will be aiming to return to winning ways when they face struggling Huddersfield Town in the Premier League this afternoon. The Blues experienced their worst league result in 23 years during the recent 4-0 mauling at the hands of Bournemouth, and manager Maurizio Sarri will be expecting a much improved performance against the Terriers, who are presently rooted to the bottom of the standings.

Kepa Arrizabalaga has played every minute of the Blues’ Premier League campaign this term and he should once more start between the sticks. The defence may witness a couple of changes after the club’s embarrassing defeat in the South Coast. In this case, we are anticipating Cesar Azpilicueta to slot into the right-back position with Marcos Alonso on the opposite end – replacing Emerson in the starting lineup. At the heart of the backline, David Luiz could face the axe and this may hand Andreas Christensen with a rare league start under Sarri alongside Antonio Rudiger.

In the centre of the park, Jorginho has remained Sarri’s outright pick for the holding midfield duties and the same should remain the case for the weekend, based on the manager’s recent selection policy. Alongside the Italian, N’Golo Kante is expected to feature from the off and the pairing could be accompanied by Ross Barkley, who should offer more in terms of going compared to Mateo Kovacic, who has been a disappointing figure over the past month.

In the attack, Eden Hazard is pretty much guaranteed his place on the left side of the attack and he could be partnered by Willian on the opposite end, given Pedro could not make the most of his opportunity in midweek. Upfront, Gonzalo Higuain is bound to start for the third-straight game and he will be keen to make amends after dropping average performances in his first two appearances for the Blues.