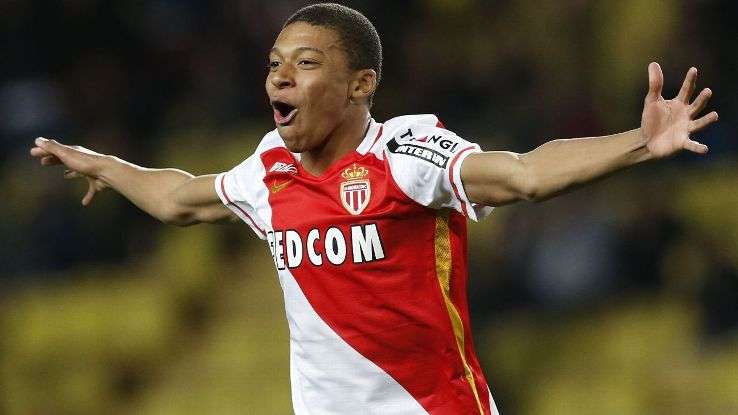 Paris Saint-Germain are reportedly on the cusp of sealing a mega-money deal for AS Monaco wonderkid Kylian Mbappe. The 18-year-old turned heads across Europe during the previous campaign where he notched 26 goals en route to Monaco’s league triumph.

According to Spanish outlet Marca, Les Parisiens could extend their spending spree for the summer transfer window with Mbappe apparently close to sealing a move to Parc des Princes. Unai Emery’s side secured a world-record €222m package for Barcelona’s Neymar earlier this summer, and Marca claims that they could make another standout signing with Mbappe on the verge of a €180m move.

The former French champions are expected to pay an initial package of €160m with the remaining €20m to be settled as performance-based add-ons. The move was initially put into doubt due to the rivalry between the clubs, but the player’s father managed to convince Monaco to open up discussions with the Paris giants.

While the transfer fee looks beyond imagination, Les Parisiens have shown that they can pull the strings in the market after having warded off interest from the likes of Real Madrid and Barcelona for the teenager.  We have seen several instances in the past where such speculations are often dismissed, and the next 24 hours will give a clear indication whether the Capital outfit have indeed finalised a move for Mbappe.

Mbappe was mostly a bench warmer during the first half of the previous campaign with Valere Germain and Radamel Falcao starting up front for Monaco. However, an injury to the latter enabled Mbappe to become a regular starter in February, and his form therein propelled Monaco to their first league triumph in 17 years.

The France international has been strongly associated with a move to the Bernabeu over the past month but the chance to work for his childhood club appears to have been hard to refuse.