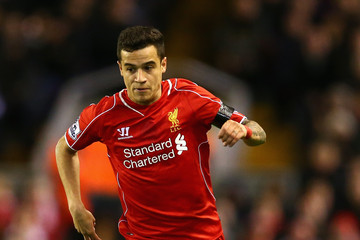 Opinion: Two marquee signings likely to be made before the summer transfer deadline

As the transfer window heads into its final phase, clubs from across Europe have intensified their activity in order to fill the necessary gaps for their respective league campaigns. Neymar’s world-record £198m switch to Paris Saint-Germain will remain the highlight signing of the transfer window, but there could be further surprises before the deadline. Calcio Insider today looks into two players, who could raise a few eyebrows through their potential transfers this month;

Kylian Mbappe to Paris Saint-Germain or Real Madrid: The teenager has been making the news over the past few months following his breakout season with AS Monaco. The Principality club have lost several key players in the transfer window, and Mbappe could be the major loss of them all, given his progress last term. Mbappe notched 26 goals across all competitions for the French champions whilst he also earned his maiden cap with the France national team. Initially, Real Madrid were the team in line to pursue the highly-rated forward but Paris Saint-Germain’s spending might has made them genuine favourites. As per The Times, Mbappe could potentially cost Les Parisiens more than the world-record sum paid for Neymar. Sounds ridiculous, but anything is possible with the Qatari-owned club.

Philippe Coutinho to Barcelona: Similar to Mbappe, the Brazilian’s price tag has only risen over the past few days. Liverpool have turned two bids worth £72m and £90m for their leading performer, but a third and final offer of £137m is likely to shake the Reds’ resolve. Jurgen Klopp and owners FSG have maintained the stance that Coutinho is not for sale this summer, but they could eventually give up on the 25-year-old, who has handed in a formal request via email. A move to Barcelona is something which most players would find it hard to turn down, and Coutinho has an assurance of a role on the left side of the attack following Neymar’s departure. The former Inter Milan graduate is alleged to have already agreed personal terms, and his potential transfer to Camp Nou could weaken the Reds’ significantly unless they find a replacement.