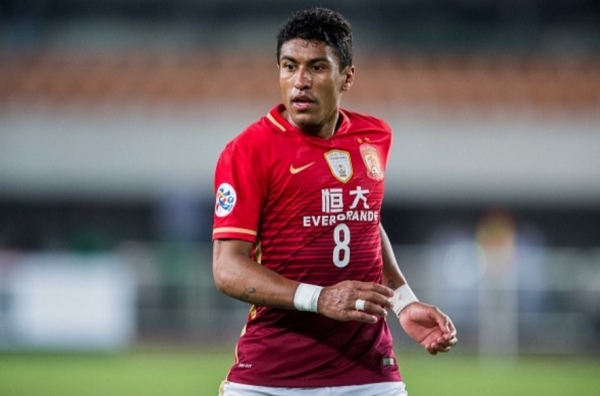 Barcelona have reportedly reached an agreement to sign Brazilian footballer Paulinho from Chinese Super League heavyweights Guangzhou Evergrande. The Catalan giants have finalised a £36.4m deal with the Far East club, and he becomes the club’s first signing since Neymar’s switch to Paris Saint-Germain for a world-record £198m.

The 29-year-old first arrived in Europe with Tottenham Hotspur back in the summer of 2013 after they paid up a £17m fee to Corinthians. However, his two-year spell at White Hart Lane was barely a success as he managed just 10 goals in 67 appearances. In 2015, he made his way to Guangzhou, and became the forefront of their attack with an impressive tally of 28 goals in 95 outings. The switch to the Chinese Super League has often lead to criticism from pundits, but Paulinho has managed to change this thought after bagging his maiden hat-trick for Brazil in a World Cup qualifier against Uruguay earlier this year.

Paulinho was linked with a potential switch to Barcelona as early as June, and the Camp Nou outfit have now secured the transfer of the Brazilian, who will complete the necessary formalities on Thursday. The midfielder is due to link a four-year contract with an alleged release clause of around £109.2m.

Paulinho’s arrival may not be the end of Barcelona’s transfer business with the likes of Philippe Coutinho and Ousmane Dembele eyed from Liverpool and Borussia Dortmund respectively. Barcelona were initially hoping to get Paulinho at just half of his £36.4m valuation, but Guangzhou were not prepared to negotiate with their transfer window having concluded in mid-July.

The Brazil international had openly stated his ambition to play for undoubtedly one of the top five clubs in Europe, and Guangzhou had to eventually give up on their stance with Barcelona having agreed to pay his full asking price. Paulinho is likely to compete for Andres Iniesta’s position in the upcoming league campaign but he will have his critics watching following an unsuccessful earlier in England.

Picks from the Premier League : Gameweek 1

Opinion: Two marquee signings likely to be made before the summer transfer deadline