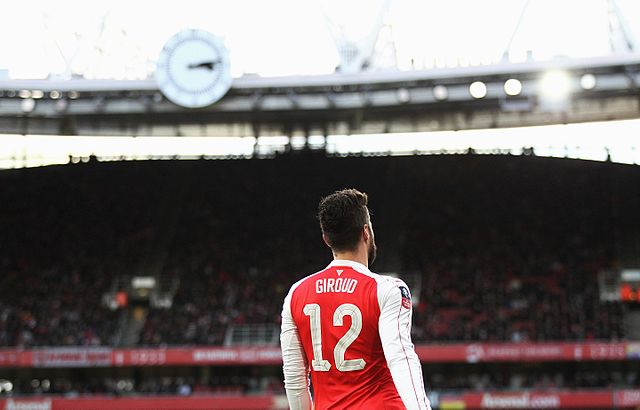 Premier League holders Chelsea have stepped up their pursuit for a new marksman of late with Alvaro Morata struggling to overcome loss of form and fitness issues which have hampered his exploits in front of goal. His deputy Michy Batshuayi has put in a couple of memorable performances including a late Champions League winner at Atletico Madrid, but it appears that Antonio Conte has set his sights on a fresh recruit, who can be consistent with his scoring.

The Giallorossi marksman has been identified as the prime target for Antonio Conte, and the club are seemingly confident of securing his services. The Blues are willing to part with a sum of around £26m for his signature, but the Serie A outfit are yet to respond towards the offer. Should a transfer fee be finalised, the west London side may have to loosen their stance on their wage policy as the 31-year-old is due to demand a contract until 2021 on basic wages worth £90,000-a-week.

The Giroud-to-Chelsea speculation looks probably a bit exaggerated, but stranger things have happened of late. Arsenal are prone to selling their key assets to their league rivals when they fail to extend their respective contracts, but this does not seem the case with Giroud. The 31-year-old is apparently yearning for regular gametime ahead of next summer’s World Cup finals in Russia, and the Frenchman may prove the perfect foil for the Blues, though only a loan stint is likely to be permitted.

Either deal would still hinge on the assurance of regular first-team football, with Giroud in particular, considering a temporary challenge only to enhance his playing time which would at least guarantee him his involvement with Les Bleus in June.