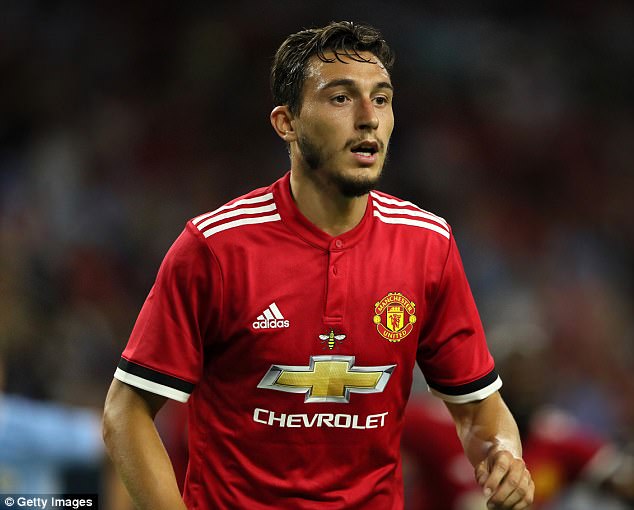 Serie A holders Juventus are reportedly eyeing a temporary move to sign Matteo Darmian from Manchester United this month. The Italian champions are hoping to include a clause in his contract which would allow them to pursue a permanent deal for his services in the summer.

According to The Sun, the Bianconeri have set their sights on signing Darmian, who has been in the periphery of the United first-team of late. Darmian made his first start in nearly a month during the FA Cup fourth round win at Yeovil Town, but his future still remain under question with Antonio Valencia and Ashley Young the preferred picks for the Premier League duties in the right and left-back positions, where he tends to ply his trade.

Max Allegri’s side are said to be looking for a temporary move for Darmian with the obligation to buy for £19.25m in the summer, but this does not appear in the best interests of United, who would rather prefer cutting their ties with Darmian in a straight-cash deal worth £26.5m.

Darmian impressed at left-back during United’s triumph in the Europa League last term, and many felt that he would continue to establish himself in the position from the current campaign. However, Jose Mourinho has utilised the likes of Daley Blind, Luke Shaw and Ashley Young in the same role, and the latter is , for now, the first-choice owing to his better goal creating capabilities.

The ex-Torino man will be entering the final 12 months of his contract starting from July, and the club’s hierarchy are seemingly prepared to play the waiting time, should the Old Lady refuse to match their valuation before this month’s transfer deadline.

Darmian has been extensively utilised in the Cup competitions for United this term, but there is every chance that his playing time could be hampered in the coming months with the club entering the crunch part of the FA Cup and Champions League, where they cannot risk playing an understrength side.

If Darmian does seal a surprise move before this month’s deadline, he could find himself competing for a regular role in both full-back positions in Turin with Stephan Lichtsteiner and Kwadwo Asamoah likely to leave on Bosman transfers at the end of the campaign.