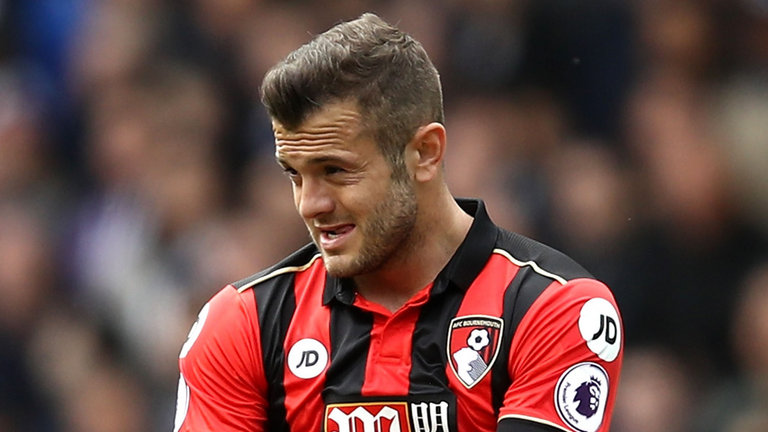 Injury-plagued midfielder Jack Wilshere has a huge decision to make this summer with his Arsenal contract due to expire at the end of next season. The England international has suffered multiple injuries over the course of his playing career, and he finds himself on the fringes of the Gunners’ first-team under Arsene Wenger.

The French manager refused to assure Wilshere of regular playing time last term, and this urged him to join Bournemouth on a season-long loan, where he managed to find some of his old form. However, his campaign ended on a bad note after he sustained a leg fracture during the Cherries’ 4-0 defeat to Tottenham Hotspur back in April.

Wenger would no doubt want Wilshere to stay beyond this summer, but the playmaker is assessing his options with the World Cup coming along next year. Calcio Insider looks into two suitable destinations for Wilshere, who will be desperate for gametime once he recovers from his latest injury setback.

West Ham United: Slaven Bilic’s side are no strangers in the transfer window anymore after having recruited the likes of Joe Hart and Marko Arnautovic to their ranks. Javier Hernandez is also on the cusp of sealing a move to the Hammers, and Wilshere could possibly benefit from a switch across London. Wilshere had been deployed in an attacking midfield role at Bournemouth, and the Englishman could take up a similar position at West Ham, although he could face competition from Manuel Lanzini and Arnautovic.

Sampdoria: The Italian outfit have emerged as surprise contenders for Wilshere this summer. Following a 10th-place finish last season, Sampdoria are looking to add more quality to their ranks, and they have already failed with an initial approach for Wilshere. A move abroad looks an enticing option for the Englishman, but the Italians are unlikely to come close to the Gunners’ £20m valuation. It could be also noted that Wilshere snubbed the likes of AS Roma and AC Milan to remain in England last season.