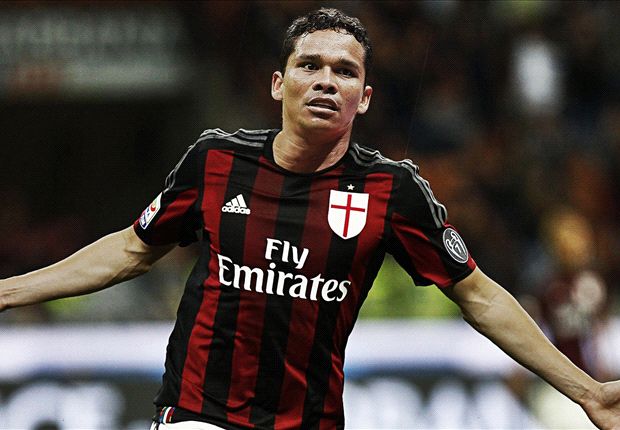 French club Marseille are reportedly close to sealing an agreement to sign AC Milan striker Carlos Bacca. The Colombia international was excluded out of Milan’s 4-0 over Bayern Munich in a pre-season friendly, and manager Vincenzo Montella later confirmed that the player was omitted in order to sort out his future.

The Rossoneri have gone on a mammoth spending spree this summer with more than £160m spent on ten separate players, and this has urged Bacca to consider his future with the likes Andre Silva and Fabio Borino having strengthened the forward department.

According to Calciomercato, the 30-year-old will end his two-year association with the Rossoneri as he nears a move to Marseille. The French outfit are fairly ambitious as their Serie A counterparts, but they have not spent extensively in order to pursue their transfer targets over the past year.

Owner Franck McCourt is eager to propel Les Phoceens back into the Champions League places, and Bacca has been identified as the perfect option to lead the line after they decided against a permanent deal for Bafetimbi Gomis, who joined Galatasaray from Swansea City instead.

Bacca has already finalised personal terms worth €3.5m-a-season with the French outfit, but there remains an agreement to be reached in terms of the transfer value. The Rossoneri are currently holding out for at least €25m for their asset, but a meeting is likely to be scheduled on Monday in order to come to a compromise.

The former Sevilla man had been identified as the prime target for English club West Ham United last summer, but he opted to snub their advances in order to pursue a move to a bigger club.

Marseille have not lifted any silverware since their Coupe de la Ligue triumph in 2012, but Bacca has the opportunity of ending this drought with the support of top-class players including Dimitri Payet behind him.