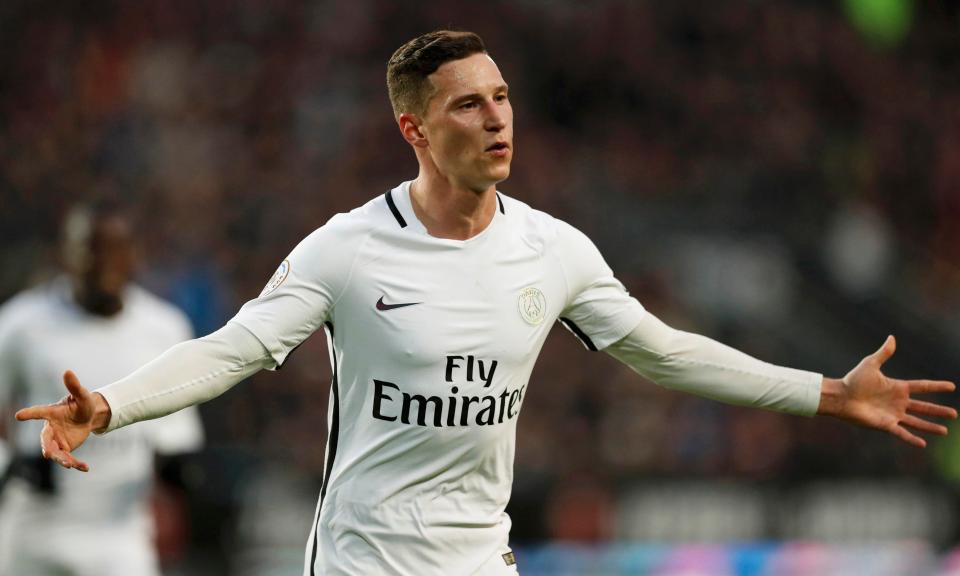 Mesut Ozil’s future at Arsenal has been the topic of speculation since the summer with the Germany international yet to resolve his future at the Emirates. The World Cup winner has just eight months remaining on his existing deal, and talks over an extension seem to have stalled with the 29-year-old considering fresh pastures elsewhere. Calcio Insider today looks into three players who could potentially replace the German in the Gunners’ ranks next year.

Julian Draxler – Paris Saint-Germain: The 23-year-old, who happens to be a close friend of Ozil, has been linked with the Gunners since his early days at Schalke 04. Arsene Wenger had made a tentative for his services prior to the transfer deadline but the attacker chose to stay at Parc des Princes. Draxler, a World Cup winner himself, is presently behind the likes of Neymar and Kylian Mbappe in the pecking order at Les Parisiens, and he could yet pursue a winter switch to north London.

Thomas Lemar – AS Monaco: Another of Arsene Wenger’s favourites. Lemar had been earmarked as a potential replacement for Alexis Sanchez in the summer, but ultimately the deal never materialised. The Monaco ace has primarily featured in the left-wing position, but he is equally capable of performing the number 10 spot with some guidance along the way. Apparently, Barcelona are also monitoring the highly-rated attacker. Lemar has contributed three assists to Monaco’s cause this campaign.

Nabil Fekir – Lyon: At 24, Fekir has not progressed as initially expected. The France international has earned comparisons with Real Madrid great Zinedine Zidane in recent years, and he appears to have finally got his groove at Les Gones. Fekir has been promoted as the club’s captain this term, and he has not disappointed with nine goals and four assists in Ligue 1. Fekir has also overcome his extra-weight concerns and he looks in line to make a France comeback ahead of next year’s World Cup.