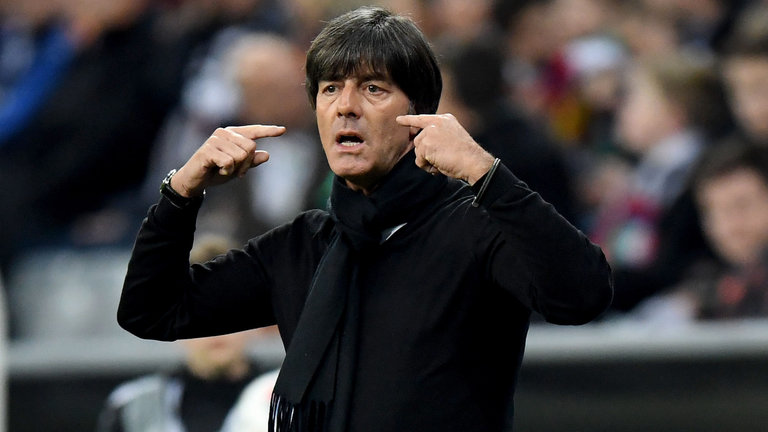 Germany lost their opening World Cup game against Mexico and needed a very late goal to win their contest versus Sweden.

Now, the World Champions will collide against South Korea knowing that they need a good result to reach the Round of 16 of the tournament.

As far as Joachim Low’s team news is concerned, Mats Hummels is now fit and he should return to start in the defense. The Bayern Munich star’s usual central defensive partner, Jerome Boateng, was sent off in the last game so we can expect Chelsea defender Antonio Rudiger to start.

In the attacking midfield, Mesut Ozil was dropped against the Swedish side but the Arsenal superstar should return in place of Julian Draxler.

Sebastian Rudy has been ruled out of the clash against the Asians after suffering an injury in the last game and in his place, Man City star Gundogan should start.

Arsenal working to sign €40m player, who has verbally agreed to join Gunners

WWorld Cup
Read More
European Champions Portugal will kick start their World Cup campaign today against Spain, who have recently appointed Fernando…
EEngland
Read More
Prior to their Round of 16 contest against Colombia, England had never won a WC penalty shootout but…
GGerman Bundesliga
Read More
Arsenal superstar Mesut Ozil announced that he no longer wants to play for the national team. He played…
WWorld Cup
Read More
Liverpool target Nabil Fekir could make his first World Cup start for France after impressing in the opening…
WWorld Cup
Read More
Belgium qualified for the Round of 16 of the World Cup after winning all the group games and…
GGermany
Read More
Under the management of Joachin Low, champions Germany will kick start their World Cup campaign on 17th June…