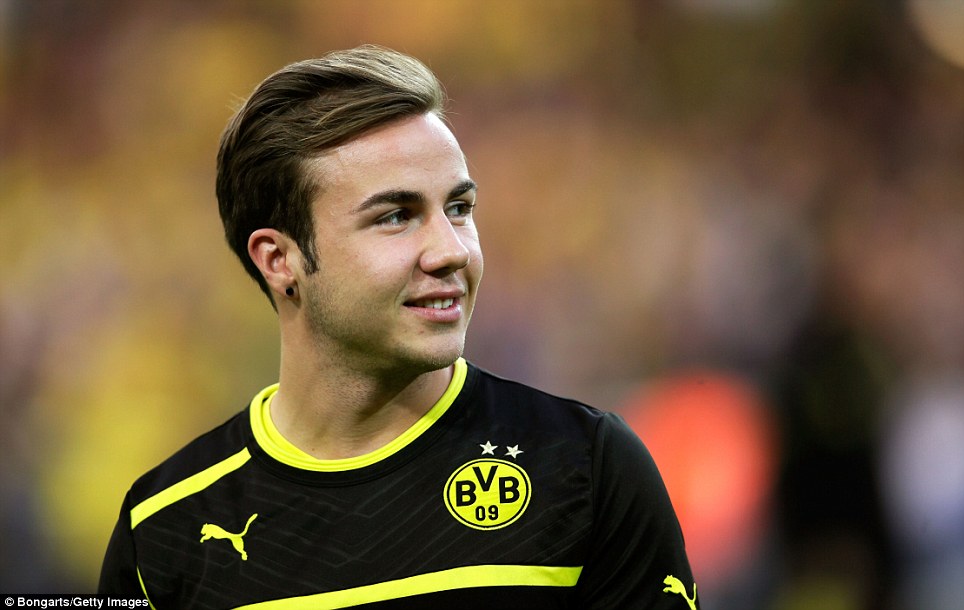 Borussia Dortmund have confirmed that their midfielder Mario Gotze will miss the remainder of this season after being diagnosed with a metabolic disorder. The German club, however, are hopeful of the German international recuperating in time for the start of the next season.

After rejoining Borussia Dortmund from Bayern Munich last summer, Gotze has made only nine starts in the Bundesliga this season due to the persistent muscular problems. Last month, the medical tests to detect the root cause of these issues had revealed that the 24-year-old suffers from a metabolic disorder.

The German club have now confirmed that Mario Gotze will miss the remaining matches of this season in a statement released on their official website.

“Götze was diagnosed with metabolic disorder in February, which meant that in the first instance it was necessary to make sure the World Champion was withdrawn from training.

“If he responds positively to treatment, Götze can start back training in early summer. The midfield player is currently undergoing rehab and an individual training programme.

“The long-term target for the player is to be fully fit and ready to play for the start of next season,” Borussia Dortmund’s statement on their website reads.

During his first spell at Dortmund, Gotze had the world at his feet. The attacking midfielder was touted as the next big thing in German football and in 2014, he moved closer to towards fulfilling that potential by scoring the winning goal in the final of the World Cup against Argentina after coming on as a substitute in the 88th minute of the match.

Gotze was an integral of Jurgen Klopp’s captivating Borussia Dortmund side before Bayern Munich came calling in the summer of 2013. The German giants triggered the €37 million release clause in his contract, and Gotze went on to win three Bundesliga titles on the trot with Bayern. However, his influence on the Bayern squad began to wane, along with his form, under Pep Guardiola and last summer, Dortmund re-signed him for €22m on a four-year contract.

Gotze took some time to readjust himself to Dortmund’s style of football and by the time Bayern Munich visited the Westfalenstadion in November 2016, Gotze was raring to prove himself once again. The midfielder assisted the only goal of the match, helping his side to a 1-0 win over the visitors. However, Gotze failed to build on that performance as he struggled with his fitness. He has featured on the pitch for just 24 minutes in the Bundesliga in 2017 so far, and Dortmund will hope that his current medical condition does not have a lasting impact on him as a footballer.

TTransfers
Read More
After luring the likes of Lichtsteiner and Leno from Juventus and Leverkusen respectively, Arsenal have secured their third…
LLa Liga
Read More
Real Madrid are reported to have watched Timo Werner closely during Germany’s 6-0 triumph over Norway in the…
TTransfers
Read More
Chelsea finished fifth in the Barclays Premier League last season and will not be taking part in the…
GGerman Bundesliga
Read More
Former Borussia Dortmund manager Thomas Tuchel is reportedly keen on succeeding Jupp Heynckes’ as the Bayern Munich head…
GGerman Bundesliga
Read More
Bayern Munich managed to win the Bundesliga title yet again, their sixth in a row and this time…
TTransfers
Read More
Manchester United and Chelsea have already strengthened their midfield departments by signing two quality players this summer. The…