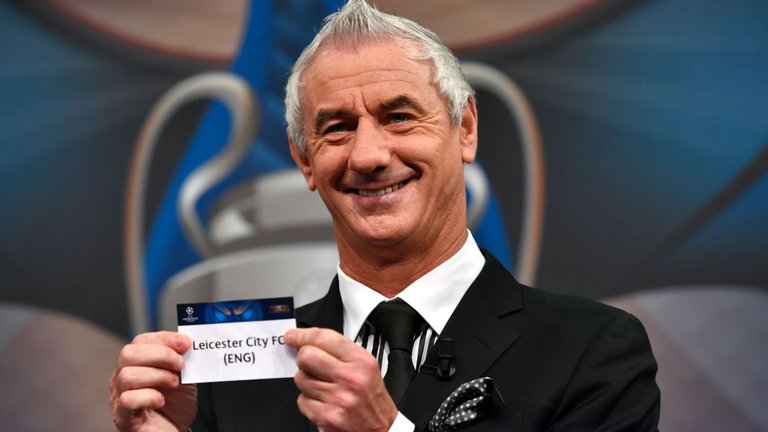 The Champions League draw for the quarter-finals is out, and some mouthwatering clashes have been served up for the fans. Juventus have drawn Barcelona in a rematch of the 2015 Champions League final, while Bayern Munich will face Real Madrid in another clash of the titans. Leicester City, who are somehow the only remaining English club in the competition, will face another Spanish opponent in Atletico Madrid, while Borussia Dortmund and AS Monaco have been drawn together in what is expected to be the most open match of the quarters.

Atletico Madrid have moved beyond the underdog title with their consistent performances in the Champions League over the past few years, and now Leicester City are carrying that title. The reigning English champions have been underwhelming in the Premier League this season and are currently fighting it out at the bottom end of the points table, however, they are only remaining English representative in the last-8 of the Champions League this season. Under a new manager, they will hope to extend their run among Europe’s elites.

They defeated Sevilla 3-2 on aggregate in the last round with goals from Jamie Vardy (who scored the crucial away goal in the first leg), Wes Morgan, and Marc Albrighton. Now, they have another Spanish opponent standing in their way of grabbing an unlikely place in the semis.

After beating Bayer Leverkusen 2-4 away from home in the first leg of their tie in the round-of-16, Atletico Madrid had the task of shutting up their shop at home in the second. Diego Simeone’s men pulled off that task emphatically on Wednesday with a 0-0 draw. With the La Liga title looking out of their reach, Atletico are expected to shift all of their focus on their run in the Champions League.

The last meeting between these two sides came in the 1997-98 UEFA Cup. These two clubs faced each other in the first round of the competition. The Spanish side won the first leg 2-1 at home, followed by a 0-2 win in the away leg in England. Ian Marshall, who was playing for Leicester back then, featured on the match day programme cover while eating paella. We hope to see that cover recreated!

Borussia Dortmund vs AS Monaco

The fans are already hyping it up as the “hipster derby”. This is the first time Borussia Dortmund and AS Monaco will be facing each other in a UEFA competition, and two of the most exciting managers will be crossing swords in this contest. Thomas Tuchel’s Borussia Dortmund side have broken the group stage goal scoring records with 21 goals in six games, while Leonardo Jardim’s Monaco have put six past Manchester City in the last round. All the stats are pointing towards a thrilling encounter which should see a lot of goals!

Both the teams feature a host of upcoming young talents, while both the managers have been linked with a move to the English Premier League in the future. In fact, both Tuchel and Jardim are rumored to be in line to replace Arsene Wenger at Arsenal, and this could prove to be the perfect audition.

In a repeat of the 2015 Champions League final, Juventus will take on Barcelona. The best attack in Europe will take on the best defence in Europe. Barcelona have scored 26 goals in their eight Champions League matches this season – the most by any team – while Juventus have conceded just two goals in eight matches – the fewest by any team. We will also see Luis Suarez face off against Giorgio Chiellini once again, while Dani Alves will face his former club. Most of all, it will be an encounter between two managers with contrasting footballing philosophies.

The last time these two teams face each other was in the final of 2015, and the Spanish club needed a strong performance in the second half to beat Juventus 1-3 on the night. While Barcelona will still feature the same front-three they had in that game, a lot has changed for Juventus in the past two seasons.

There is a lot of history between these two clubs given the success these two clubs have had in this competition. Bayern Munich’s manager Carlo Ancelotti had guided Real Madrid to their 10th Champions League crown back in 2014 edition of the tournament, while Real Madrid manager Zinedine Zidane had spent five successful seasons with Juventus during his playing days.

Bayern Munich had faced a slow start this season but are now hitting form at the most crucial juncture. They have established a big lead at the top of the table in the Bundesliga, and they had humiliated Arsenal 10-2 in the last round. Real Madrid, on the other hand, have gone off the boil a bit after losing their unbeaten run in the La Liga. They did defeat Napoli 6-2 on aggregate in the last round but their performances have been far from convincing.

Angel Di Maria tore apart Bayern Munich’s defence in the last encounter between these sides as Real Madrid thrashed Bayern on their way to the Champions League crown in 2014. Carlo Ancelotti will be hoping for a repeat of that result, this time in favour of Bayern.