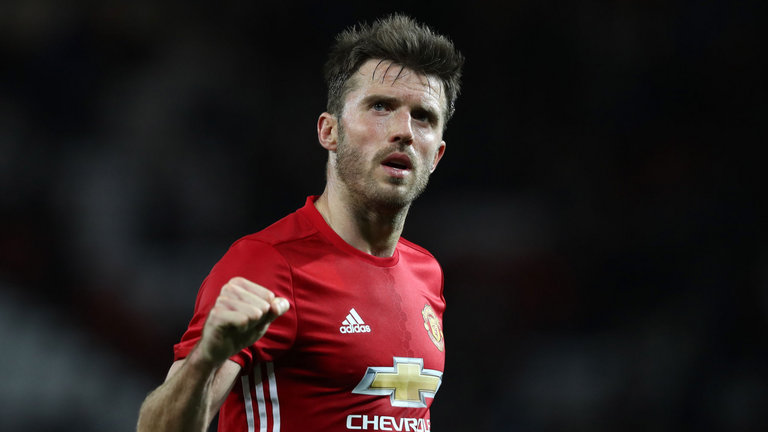 Veteran midfielder Michael Carrick is content with his stay at Manchester United despite the ongoing speculation over his future. The 36-year-old inked a fresh one-year extension with the Red Devils at the end of last season.

Carrick has been sparingly used in the initial months of the campaign – with Jose Mourinho preferring the likes of Nemanja Matic, Ander Herrera, Marouane Fellaini and Paul Pogba ahead of him in central midfield.

According to ESPN, the 36-year-old has no intention of leaving Old Trafford in the near future despite interest from the likes of Leicester City, West Bromwich Albion and Aston Villa.

The experienced midfielder has made just a solitary appearance in the League Cup triumph over Burton Albion this term, but he is still said to be content at Old Trafford, where he is working on his coaching badges.

Carrick is presently sharing his thoughts with the Under 14 side, and Mourinho is happy to have the midfielder around as he offers valuable advice to upcoming first-team players as well.

The former England international has been a valuable performer for United over the years, and he was given a testimonial earlier in the summer after completing more than a decade of service.

Mourinho has also honoured his presence by offering the captain’s armband following Wayne Rooney’s absence, but his playing time is likely to remain restricted for the current campaign.

United are currently on a midfield crisis with both Pogba and Fellaini on the sidelines, and Carrick, who has recovered from a mystery illness of his own, could play some part in the weekend game versus Chelsea.

Manchester United are already five points behind leaders Manchester City, who are leading the league standings, and Mourinho will be determined to secure a positive result at the home of the Premier League champions.