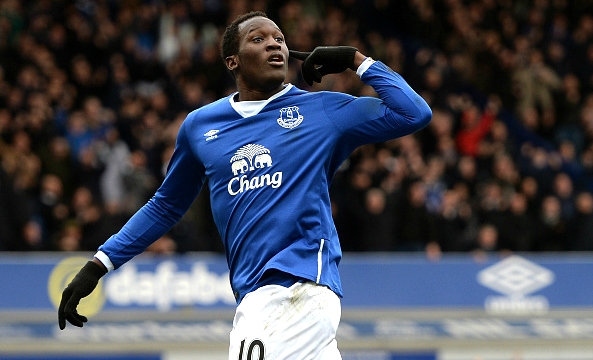 Manchester United are prepared to spend a sum in excess of £85m in order to pursue the services of Everton striker Romelu Lukaku in the summer transfer window.

The Belgium international has been heavily tipped to leave the Merseyside outfit this summer after having turned a fresh long-term deal on a significant pay rise.

According to The Express, United boss Jose Mourinho is determined to lure Lukaku to Old Trafford this summer as he plans to link him alongside Atletico Madrid’s Antoine Griezmann upfront next season.

Lukaku did not have a fond memory with the Special One during their time at Stamford Bridge, but he could be prepared to shed his differences in the summer in order to win trophies at a bigger club.

Former club Chelsea are also on the hunt for the Belgian marksman, but it is suggested that the player is not entirely convinced that he would fit with Antonio Conte’s style of play.

Conte has done tremendously well to guide the Blues to within a win of the Premier League title, but his reluctance to switch from his 3-4-3 formation could hinder the club’s prospects of re-signing Lukaku.

Meanwhile, Mourinho has underlined his desire to recruit Lukaku in the coming transfer window with club chief Ed Woodward likely to spend fees of around £85m to pursue the former Anderlecht graduate.

The 23-year-old is currently the top-scorer in the Premier League with 24 goals, but there are still question marks over his progress with suggestions that he may just be a flat track bully.

Lukaku has largely failed to show up against the big six over the course of the season, and this is something he will have to improve on if he is to be successful with a Champions League based club in the future.

Everton will probably invite offers for their leading performer in the summer with his existing deal due to expire in just over two years’ time.