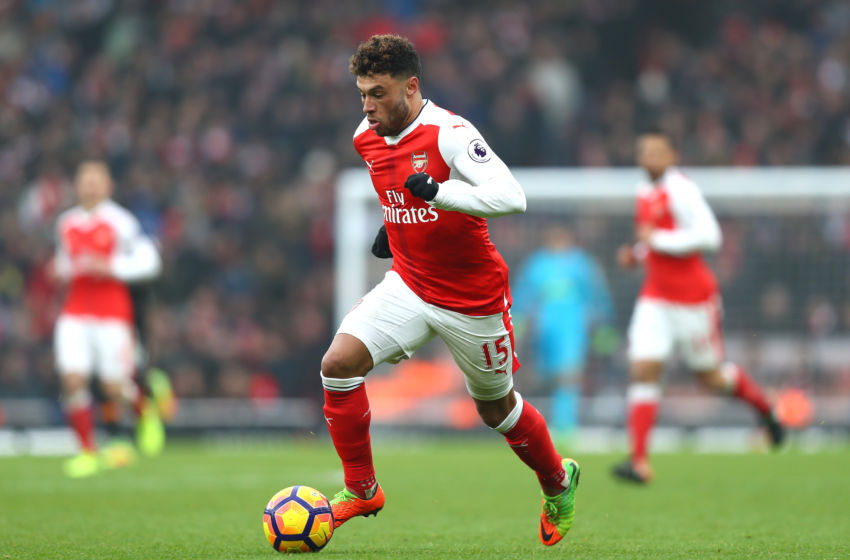 Arsenal star Alex Oxlade-Chamberlain is reportedly considering the prospect of linking up Liverpool ahead of this summer’s transfer window. The England international has just a year left on his previous deal at the Emirates.

Oxlade-Chamberlain, 23, has been in fine touch for the Gunners in recent weeks with manager Arsene Wenger opting to play him at right wing-back in a renewed 3-4-2-1 formation.

However, despite this, the former Saints graduate has shown no signs of extending his Gunners deal, and this has heightened speculation over his next move prior to the end of the season.

According to The Telegraph, the versatile attacker could call quits on his Gunners career in the summer with the prospect of joining Jurgen Klopp’s Liverpool in the coming transfer window.

Oxlade-Chamberlain has played in different positions during his six-year stint with Arsene Wenger’s side, and this is something which has not brought the best of his abilities.

With Granit Xhaka and Aaron Ramsey progressing well in the central midfield department, ‘the Ox’ has had to settle for a role elsewhere, and this seems to have played a part in his reluctance to extend his contract.

As per Telegraph, Klopp would be willing to offer a fresh challenge to the Three Lions ace, who is keen to ply his trade at the heart of the midfield.

Liverpool have had their issues in the centre of the park this season, and the manager would undoubtedly want to add a player, who exhibits a tireless work rate.

Oxlade-Chamberlain has stood out with his performances for the Gunners in recent months, but the club will nevertheless have a tough decision to make this summer, should the player persist with his contract standoff.

Liverpool would be willing to cough up a sum of around £25m in order to persuade Arsenal into letting go of their asset in the summer.