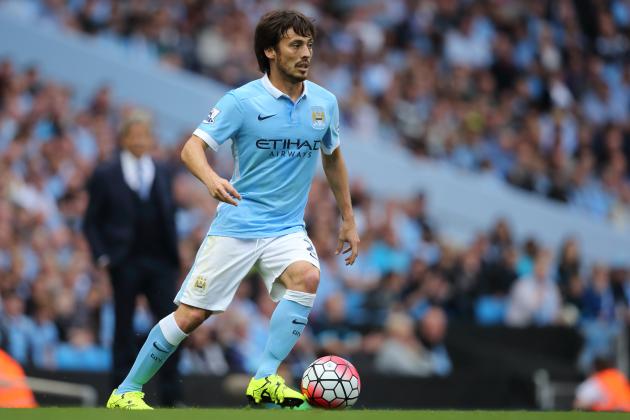 Manchester City clinched a convincing 5-0 victory over Liverpool on Saturday afternoon. The Citizens were largely undisturbed during the game with a first-half sending-off of Liverpool’s Sadio Mane easing the proceedings. Both Gabriel Jesus and Leroy Sane got two goals each while Sergio Aguero grabbed the other to complete the rout.

Here are our ratings for the game;

Ederson – The Brazilian footballer looked assured for the first 35 minutes or so before he got a nasty kick in his face by Sadio Mane. He appeared with stitches on his cheek following the game – 6.5/10

Benjamin Mendy – The ex-Monaco ace was menacing from the left wing-back as he possessed a potent threat with his bullet-like cross. Providing an assist for Leroy Sane’s first goal – 8/10

Kyle Walker – The England international combined for the first time with Mendy. Initially struggled with Mane on the pitch, but he, later on, pushed forward – 7/10

John Stones – Stones did not have much to do at the back. Could have got himself a goal, but Simon Mignolet got into the right position to save his effort – 7/10

Nicolas Otamendi – Had to be cautious for much of the game following his early yellow card. Was beaten a couple of times by Mohamed Salah, but go back in shape in the second period – 7/10

Danilo – The Brazilian had a rather calm influence on the game. Danilo was slotted into the back, and this probably restricted his regular movement from the wide positions – 7/10

David Silva – Played in a central midfield role just in front of Fernandinho. The Spaniard acted as the pivot to the Citizens attack while providing the through ball to Kevin de Bruyne – 7.5/10

Fernandinho – A quiet game for the midfield enforcer, who was fairly comfortable with his play. The Brazilian was sometimes unnoticeable due to City’s attacking brand of football – 7/10

Kevin De Bruyne – The tormentor of the Reds defence. The Belgian orchestrated the Citizens attack with two assists, and could have had more – barring a couple of offside decisions – 9/10

Gabriel Jesus – The teenage striker is surely the future for club and country. The Brazilian bagged another brace for the Citizens while combining well with Sergio Aguero – 8.5/10

Sergio Aguero – Took his first goal with relative ease while assisting Gabriel for his second.  He is up to 171 goals in the City shirt – just six short of Eric Brook’s all-time club scoring record.

Claudio Bravo – Replaced Ederson following his injury, and was a mere spectator for most of the game – 6.5/10

Eliaquim Mangala – Did not have much to do. Came on as a late substitute for Otamendi – 6.5/10

Leroy Sane – Took both his goals brilliantly, and capped off a brilliant performance for the Citizens – 8/10