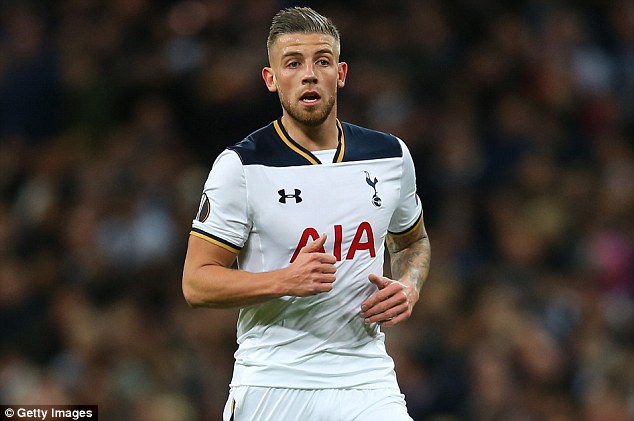 Manchester United have adequately strengthened their central defense since the arrival of Jose Mourinho two years back.

In 2016, the Red Devils splashed the cash to sign Bailly and last year, they lured Lindelof from Benfica. Now, reports suggest that the Old Trafford club want to sign another center half in the form Tottenham star Toby Alderweireld.

According to an exclusive report covered by The Sun, Man Utd are ready to launch a bid worth 50 million pounds (€57million) to hire the services of the former Atletico Madrid star.

The Belgian international has proved to be one of the best defenders in the Premier League and he will surely make United’s already strong defense stronger.

As per The Sun, a Man Utd insider has claimed that Mourinho believes Alderweireld is one of the best central defenders in the world. Furthermore, he stated:

“The club (MUFC) know there could be a bargain to be had. He is an unbelievable talent for the money.”

The 29-year-old defender was mostly on the treatment table in the last campaign and could only start 13 times in the Premier League for Spurs. In all competitions, he could only make 21 appearances and provide one assist.

The British source have mentioned that Spurs are prepared to let Alderweireld leave and would like to sign Anthony Martial from United as part of any exchange deal. We shall see how the transfer saga unfolds.

Liverpool ready to cover €70million star with gold to sign him

TTransfers
Read More
Tottenham are in search of a new defender with reports suggesting that star center half Toby Alderweireld could…
TTransfers
Read More
Liverpool sold star playmaker Philippe Coutinho to Barcelona in the winter transfer window and as yet, the Merseysiders…
EEnglish Premier League
Read More
Manchester United are reportedly prepared to trigger the extension clause in the contract of defender Phil Jones. The…
TTransfers
Read More
Manchester United have been interested in signing Italian international and PSG star Marco Verratti for quite some time…
TTransfers
Read More
Liverpool star Mohamed Salah has been sensational in his debut season for the Reds and reigning European champions…
EEnglish Premier League
Read More
Spanish giants Barcelona are reportedly planning a part-exchange deal to sign Mesut Ozil during the winter transfer window.…