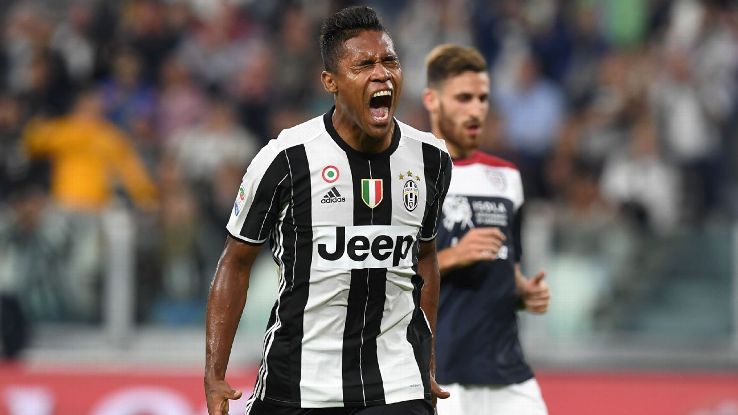 Manchester United need to sign new fullbacks to strengthen their back line in the summer transfer window and as per reports quality players are linked with the Old Trafford club.

As far as the right back position is concerned, veteran Ecuadorian Antonio Valencia has been Mourinho’s first choice. Mirror Sport have claimed that the Red Devils are lining up a £30million move to sign Joao Cancelo to provide competition to the South American defender.

On the other hand, as far as the left back position is concerned, The British source have mentioned that Man Utd are moving closer to a £50million (€57million) deal to sign Brazilian international and Juventus star Alex Sandro.

The ex-Porto defender is one of the best left backs in the Serie A and in the last campaign, he scored 4 goals and provided 6 assists for the Old Lady in all competitions. Unfortunately, he could not make into the Brazilian squad for the World Cup because Tite preferred the likes of Marcelo and Filipe Luis.

United do have players like Shaw, Blind, Darmian and Rojo, who can effectively play in the left back position, still, Mourinho mostly opted to use Ashley Young, a natural winger, in the position last season.

The Portuguese boss needs a specialist defender for the LB position and Sandro would be perfect for the Old Trafford club. The 27-year-old star’s current deal with the Italian champions will expire in 2020.

Arsenal closing in on agreeing deal to sign decorated star