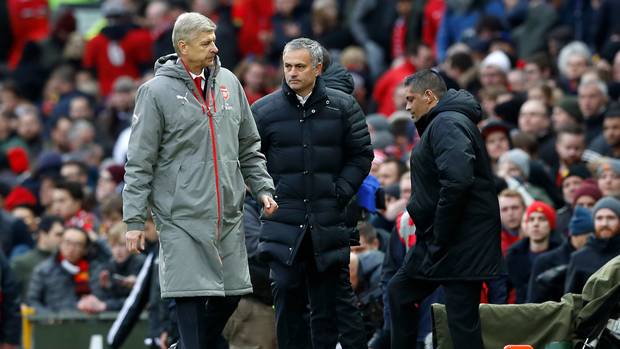 Yet another exciting weekend passed by in the Premier League with Arsenal, Manchester City and Liverpool all clinching valuable wins over their oppositions.

With Chelsea crowned the champions of England and Tottenham Hotspur having clinched the runners-up spot, it is left for the above-mentioned trio to fight it out for the final two Champions League places.

Arsene Wenger’s side have made a brilliant recovery ever since their 3-0 thrashing at West Bromwich Albion and barring the hurting 2-0 loss versus Tottenham Hotspur, and they have accumulated a possible 15 points out of 18 in the top flight.

In spite of this, they appear most likely to fall short of the top-four positions with Liverpool and Manchester City just about doing enough to stay aloft.

The Citizens had a clash scheduled with former holders Leicester City this past weekend, and although they made a meal of it, they managed to clinch a 2-1 win after Riyad Mahrez double-kicked his penalty goal.

Following the game, the Gunners had to play catch up with their league rival in order to maintain their hopes, and they did this with great authority as they earned a surprise 4-1 victory at Stoke City – their first victory at the Bet365 Stadium in the Premier League era.

With both teams having earned fruitful results, Jurgen Klopp’s side were the most under pressure with West Ham United having only recently ended Spurs’ challenge for the Premier League title.

However, a wrong Hammers side turned out on the weekend as they were no match for Philippe Coutinho, who was probably placing his audition ahead of his rumoured switch to Barcelona.

Two goals and an assist for Coutinho, coupled with the performances of Daniel Sturridge and Georginio Wijnaldum ensured that the Reds clinched a comfortable 4-0 victory at the London stadium.

Arsenal are currently three points behind fourth-placed Manchester City and four below third-placed Liverpool, who have the advantage of having played a game more.

The Gunners have relatively easy fixtures against both Sunderland and Everton at home, given both do not have much to play for, before the end of the season.

But, this appears to be the similar case with City who face West Bromwich Albion and Watford while Liverpool entertain relegated Middlesbrough on the final day of the campaign.

Arsene Wenger has never seen his side finish below fourth under his reign, but there is always a first, which could eventually spell an end to his managerial career in north London.