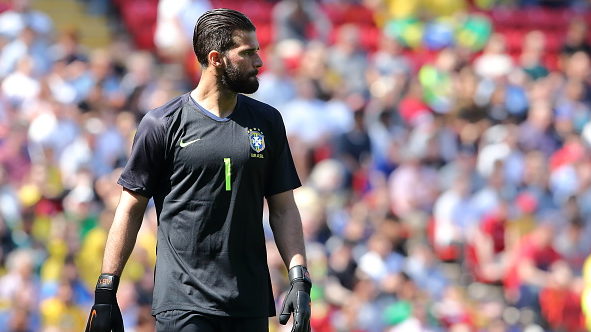 Liverpool and Chelsea are constantly linked with Brazilian international and Roma goal keeper Alisson Becker and it will be intriguing to see who will win the race to hire his services.

There are multiple reports going on in the Italian media. Gianluca Di Marzio reported that Liverpool are close to reaching an agreement for the highly rated shot stopper.

However, Tutto Sport have claimed in their headline that ‘Alisson is near’ Chelsea move. The Italian source have mentioned that the Blues have already signed Jorginho, they could close the signings of Rugani and Higuain and after that Alisson will follow in a €60million deal.

The Stamford Bridge club have got one of the best goal keepers in the world in the form of Belgian international Courtois, who made it into our World Cup XI.

The issue is that his contract with the Blues will expire next year and even after talks, he has not signed a new deal as yet. In such a scenario, Chelsea are looking to sell him this summer and are prepared to pay 70 million pounds to sign Alisson (Mirror Sport).

It is clear that the likes of Mignolet and Karius are just not good enough to help Liverpool win the Premier League title.

They need a consistent goalie who can perform week in week out and more importantly, who can handle the pressure in a big contest, something that Karius failed to do in the Champions League final.

We shall see how the transfer saga unfolds.