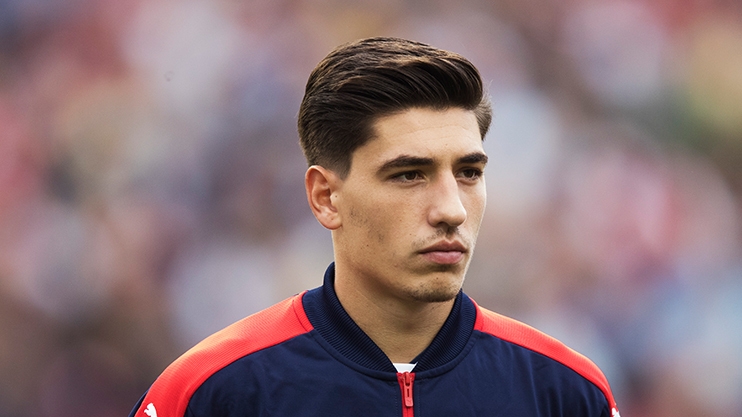 Serie A holders Juventus are reportedly planning a fresh attempt to sign Arsenal defender Hector Bellerin at the end of the campaign. The Spain international had previously attracted interest from the Old Lady in the summer of 2016 after which he signed a fresh six-and-a-half year deal at the Emirates Stadium.

Bellerin, 22, has not progressed the way he would have hoped over the past 18 months, but he still remains the undisputed first-choice in the right wing-back spot with little to no competition behind him. Mathieu Debuchy and Ainsley Maitland-Niles are presently the back-up options at hand, but the latter has been utilised in the left wing-back position of late, where he has impressed ahead of Sead Kolasinac.

According to Tuttosport, the Italian champions could retain their interest in Bellerin in the summer as they believe the Spaniard can be groomed into the mould of Paulo Dybala. It is added that former La Masia graduate shares the same representative as Pau Gomez, and the Old Lady could utilise this to their advantage to lure Bellerin to the Allianz Stadium.

The Old Lady have done business with the Gunners in the recent past with the signing of Wojciech Szczesny, but their pursuit of Bellerin may not be easy, considering he is comfortably placed in the English capital. The Spaniard has come for a bit of stick from the Gunners’ faithful, but he has of late come to his own with goals versus Chelsea and Bournemouth respectively.

Nevertheless, Max Allegri’s side could remain optimistic of getting a deal done with Champions League no longer an assurance at the Emirates Stadium. The Gunners missed out on Europe’s elite competition for the first time under Arsene Wenger last term, and there is every chance of a repeat this season, as they lie eight points behind fourth-placed Chelsea.

Arsenal could qualify for the Champions League by going all the way to win the Europa League final, but the likes of Atletico Madrid, Borussia Dortmund and Napoli are likely to pose a significant threat to a side which have looked vulnerable at the back with multiple injury concerns.