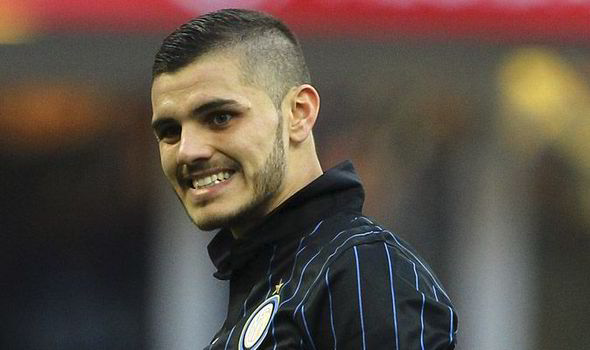 Inter Milan are reportedly looking at the prospect of offering a fresh contract to Mauro Icardi amid fears that he could be prised away at his present release clause. The Argentina international currently has four years left on his contract, but the Nerazzurri are taking no risks with their skipper, who remains key to their first-team plans.

According to Premium Sport h/t TalkSPORT, the San Siro giants are planning a fresh deal for the Nerazzurri captain and will discuss the possibility with the player’s wife and agent Wanda. Icardi’s partner has previously suggested that the family is happy in Milan, and the club are looking to make the best use of the situation to prolong the striker’s stay.

Icardi is said to be on the radar of the likes of Arsenal, Chelsea and Manchester United, and the Nerazzurri feel that the player’s current £100m release clause is not sufficient to ward off future interest. As a result, the club want to increase his escape clause to at least £190m, but they will have to renegotiate his wages which are currently at £4.2m per season.

The 2017 summer transfer window saw plenty of surprise deals including the world-record £198m sale of Neymar to Paris Saint-Germain, and the Italian side are aware that such transfer spending could be sustained in the future due to the increased revenues generated from football clubs.

Icardi notched 26 goals across all competitions for Inter Milan last term as they finished a lowly seventh in the league standings. Despite the lack of European football, the 24-year-old has remained loyal to the famous old club, who have made a much better start to their campaign this term.

The Nerazzurri are currently placed third in the league standings with nine points and they are behind Juventus and Napoli only on goal difference. Icardi has also played a significant role in their perfect start, scoring five goals in the three outings.