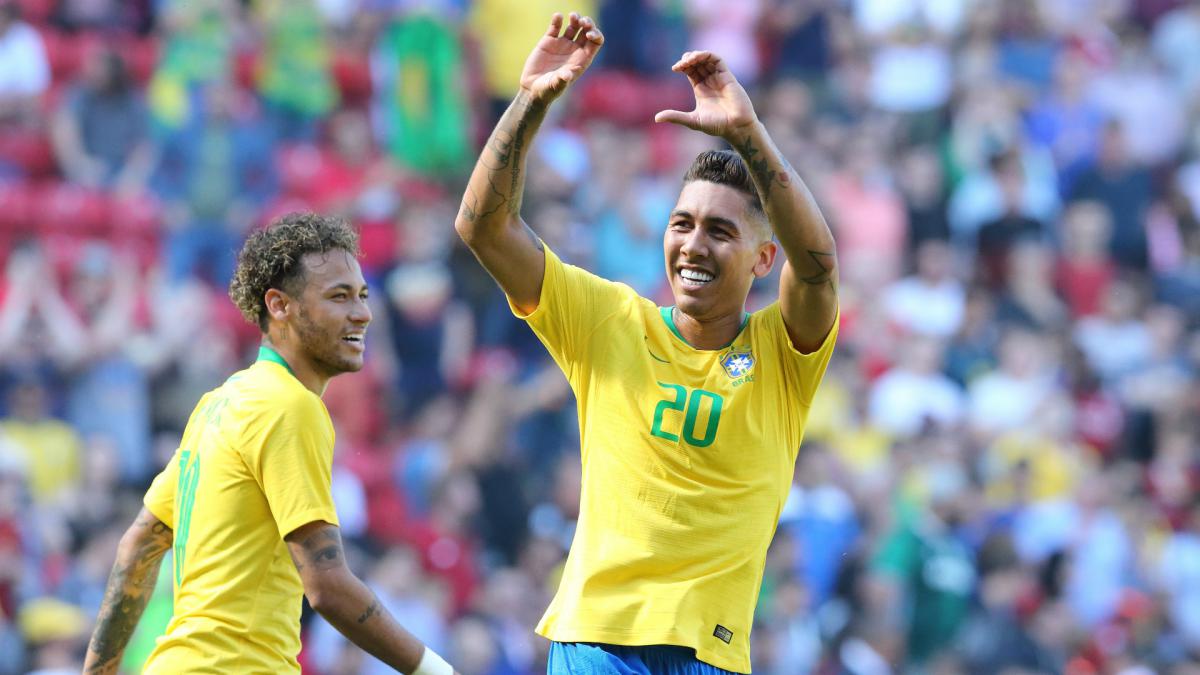 Brazil will collide against Mexico in today’s first Round of 16 contest and the Samba stars should be considered favorites to go through to the last eight.

As far as Tite’s team news is concerned, Marcelo suffered an injury in the last game and we can expect him to start on the bench vs Mexico.

In the absence of the Real Madrid defender, Atletico Madrid star Filipe Luis should start in the left back position.

The Selecao boss has mainly preferred Gabriel Jesus in his starting XI but the Man City center forward has not been impressive and in his place, Liverpool striker Firmino could get the nod to start.

The former Hoffenheim playmaker has always impressed whenever given the chance in this tournament. The likes of Willian and Neymar should start behind Firmino in the attack.

Coutinho has been Brazil’s best player in the competition by far and he should start with the likes of Paulinho and Casemiro in the midfield.