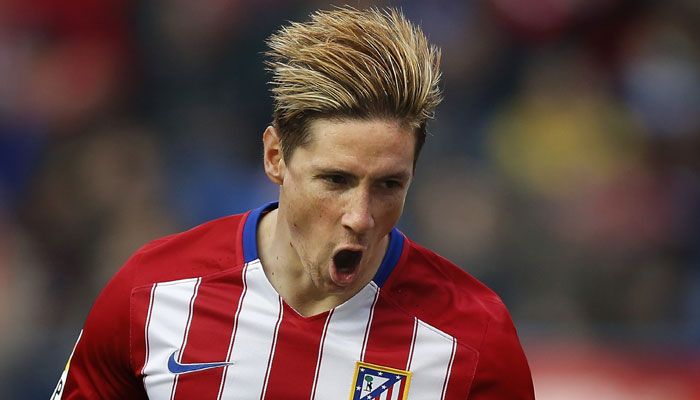 Spain international Fernando Torres has put an end to speculation over his future by inking a new one-year contract with Atletico Madrid. The former Liverpool and Chelsea man will remain with Atleti until the summer of 2018.

The La Liga club are banned from registering players due to their ongoing transfer ban, protecting under-age players, and this has urged Diego Simeone to keep his current squad intact.

Torres had been linked with a potential move to Mexico earlier last month, but he has now decided to commit his future to his boyhood club for another 12 months.

“I am very happy to continue one more year together.” he told the club’s official website h/t Sky Sports News.

Torres rejoined Atleti for a second stint from AC Milan on an 18-month loan spell in January 2015 before the move was made permanent on a one-year deal last summer.

He has since managed 28 goals across all competitions for the Capital outfit but he fell out-of-favour last term with Antoine Griezmann and Kevin Gameiro preferred for the centre-forward positions.

On top of this, the Madrid-based club have the likes of Luciano Vietto and Angel Correa in their ranks, and they could utilise their services with their transfer embargo only due to expire in January. Torres

Torres has not made an appearance for his nation since 2014, and his Spanish ambitions are more or less over with the emergence of the likes of Diego Costa, and Alvaro Morata in their ranks.

Despite being identified as the next big thing in Spain, Torres has not enjoyed much success in terms of trophies after having just lifted the La Liga 2 title during his two spells with Atletico Madrid.

Atleti have come close to the Champions League title in the past few seasons, and the 33-year-old will be eager to continue his journey with the club, who are shifting to the Wanda Metropolitano Stadium next term.