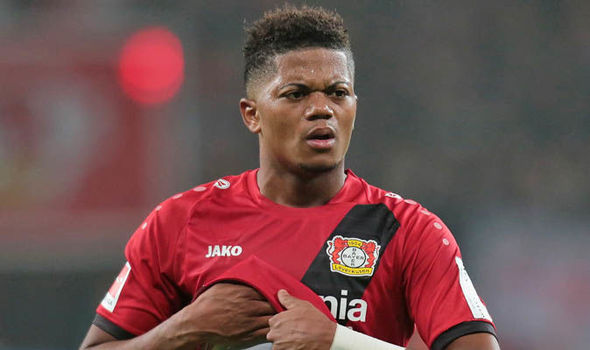 Liverpool do have quality players in their attacking department but they seriously lack depth and that was evident in the Champions League final. After Salah got injured, the Reds did not have any adequate replacement and brought Lallana onto the field.

Jurgen Klopp has got two top class wide palyers in the form of Mane and Salah, however, the German boss has not got any quality winger to cover for the brilliant duo.

In such a situation, the former Borussia Dortmund manager is in search of a top wide attacker and once again Bayer Leverkusen star Leon Bailey is in the focus.

The Reds were linked with the former Genk player back in April as per Sport Bild. Now, according to the Leverkusen source who told us about Liverpool’s interest in Julian Brandt, Jurgen Klopp wants to sign Brandt’s club team-mate Bailey.

As per the information gathered, the Liverpool boss is looking to get his signings done as quickly as possible this summer. Brandt could be going to the World Cup with Germany and the negotiations could take a lot of time. Perhaps, the Anfield club face a similar scenario with French winger Thomas Lemar, who is still wanted by the Reds as per L’Equipe.

Jamaican international Bailey is not going to the World Cup but he is surely going to cost a lot after a brilliant campaign with Leverkusen. In 25 league starts, he directly contributed in 15 goals (9 goals and 6 assists).

According to reports (The Metro), Chelsea, Real Madrid and Bayern are also interested in the 20-year-old attacker, who is valued at 70 million pounds (€80million).