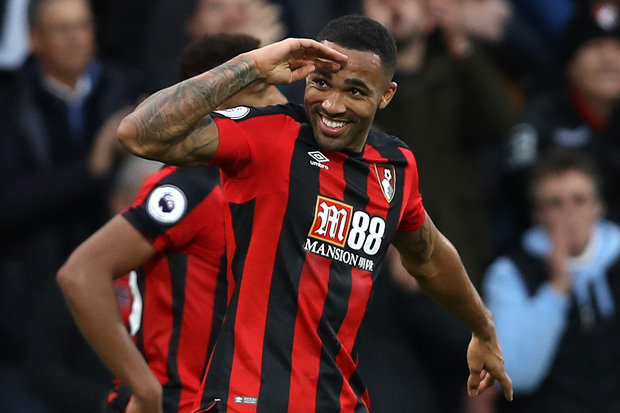 Everton have reportedly thrown their name into the hat to secure the signature of Callum Wilson from Bournemouth at the end of the season.

The Toffees have experienced another difficult campaign in the Premier League where they have struggled to compete for the European positions, but this does not appear to have hampered their transfer ambitions.

According to The Sun, the Merseyside outfit are likely to pursue a new marksman during the summer transfer window and Wilson has been earmarked as the prime target to fulfil their requirement.

The same report claims that the likes of Leicester City and West Ham United are also keen on a summer move for the England international, who could cost at least £40m from the South Coast outfit.

Since the departure of Romelu Lukaku two years ago, Everton have struggled to find a genuine scoring threat upfront, who can help them make the push for the top six.

Wayne Rooney came and went after a single season and in the current campaign, manager Marco Silva has regularly juggled between Cenk Tosun and Dominic Calvert-Lewin for the striker’s role.

Calvert-Lewin, in particular, has become the constant selection for Silva upfront in recent times but the 22-year-old has still lacked the scoring consistency to become the go-to man for the club.

As such, it makes sense to pursue the services of Wilson, who has improved season-by-season in the top-flight and he is currently on 11 goals and six assists for the Premier League campaign.

One concern remains the striker’s record of season-ending knee injuries, but he has improved on his fitness this term with just 49 days of the campaign missed through a minor knee operation.

Wilson has contributed three goals and an assist from the past four league games, and he will be aiming to continue the good run of form when Bournemouth make the league trip to Leicester City tomorrow.